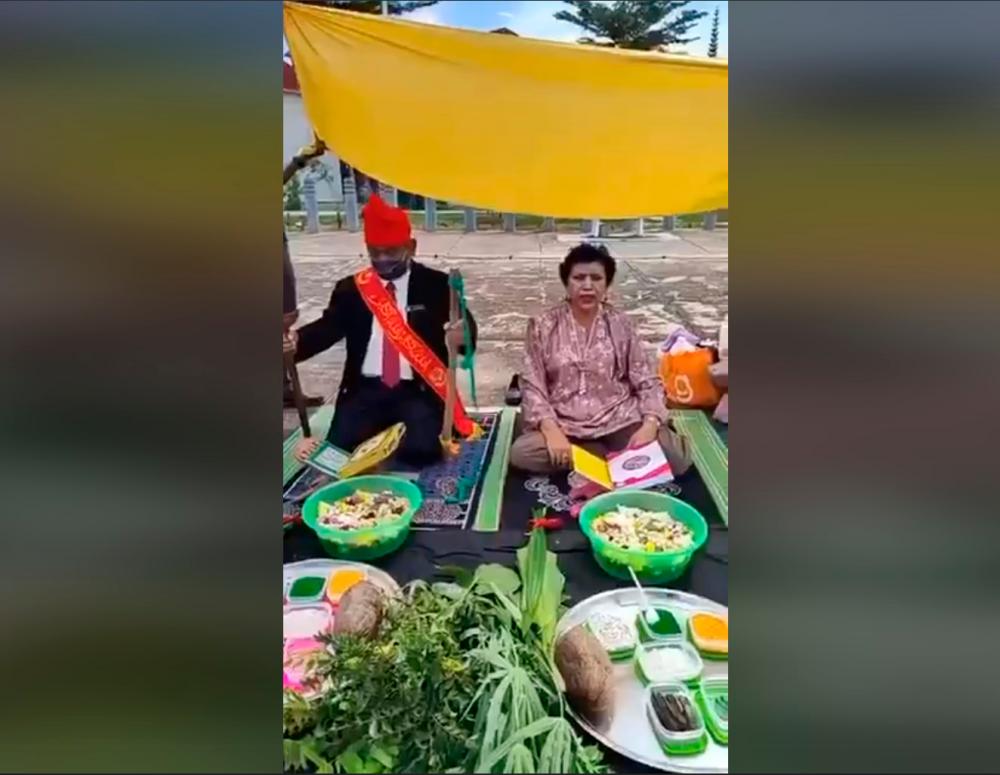 A screenshot from the Facebook video showing Raja Bomoh and Puteri Zaleha at the beginning of the ritual.

AFTER heavy rainfall that caused a series of floods in several parts of Malaysia, Ibrahim Mat Zin – who goes by the name Raja Bomoh – decided to return to help ease the disaster with a new ritual.

This time, he was not working alone. In the 25-minute video uploaded on Perak Press’ Facebook page, Raja Bomoh was seen with a woman known as Puteri Zaleha, allegedly performing a flood ritual to ward off the natural disaster near Teluk Gelanggang, Teluk Intan, Perak.

Instead of coconuts, he was seen using rice, turmeric, flowers and leaves and what looked to be a copy of the Quran in front of them.

In the video, Raja Bomoh claimed that the ceremony was an ancient practice performed not only in Teluk Intan but throughout Malaysia, the entire Malay archipelago, and apparently, the whole world.

However, netizens were not impressed by the event, and many found it to be ridiculous.

A few days after the video was posted, both Raja Bomoh and Puteri Zaleha were charged in the Ipoh Syariah Subordinate Court under Section 14 of the Perak Syariah Criminal Enactment 1992 for denigrating and insulting Islam and Section 16 of the same enactment for disobeying the Perak Mufti Department’s fatwa after the Perak Islamic Religious Department (JAIPk) opened an investigation against them on Wednesday.