Villagers fed up with waiting, fixed potholes themselves 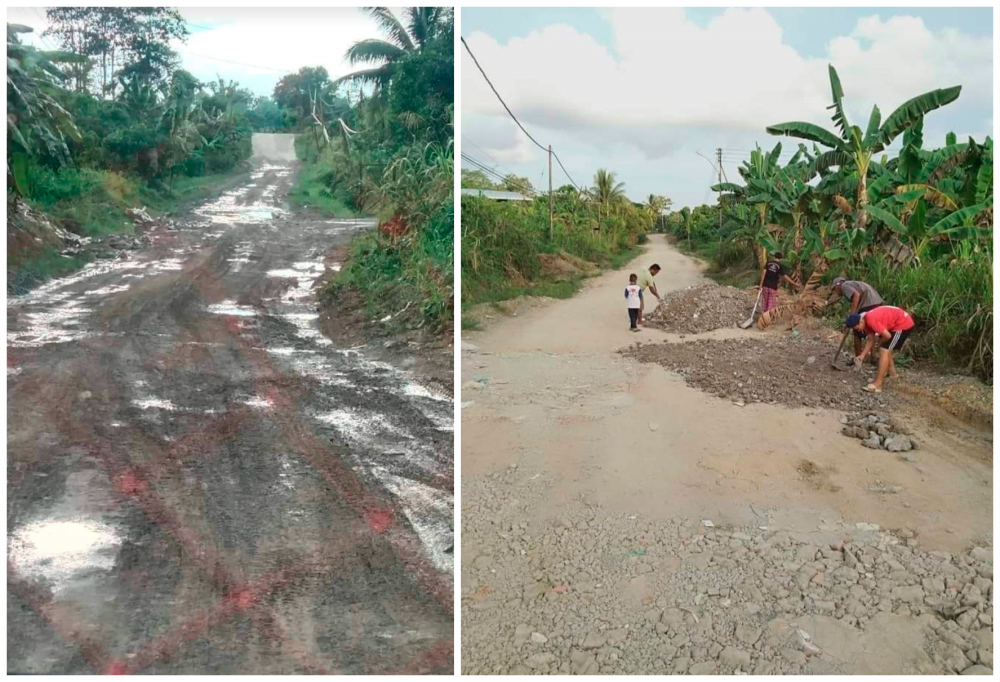 RECENTLY, a group of villagers in Sabah, who got fed up with waiting for the local authorities to fix the potholes, had taken the initiative to fix the road themselves.

According to Sin Chew Daily, the stretch of road at Jalan Off Batu 9, Jalan Labuk Lama, Kg Bariawa, Sandakan, Sabah is often filled with potholes as heavy trucks use it all the time.

According to media reports, since April, the local authorities did not take a single action, and the roads remained filled with potholes.

The frustrated villagers filled up the potholes with some concrete pieces that an unnamed individual contributed.

According to a series of pictures shared by the Facebook page ISU Sandakan, it can be seen that villagers are spreading concrete pieces to fill the potholes.