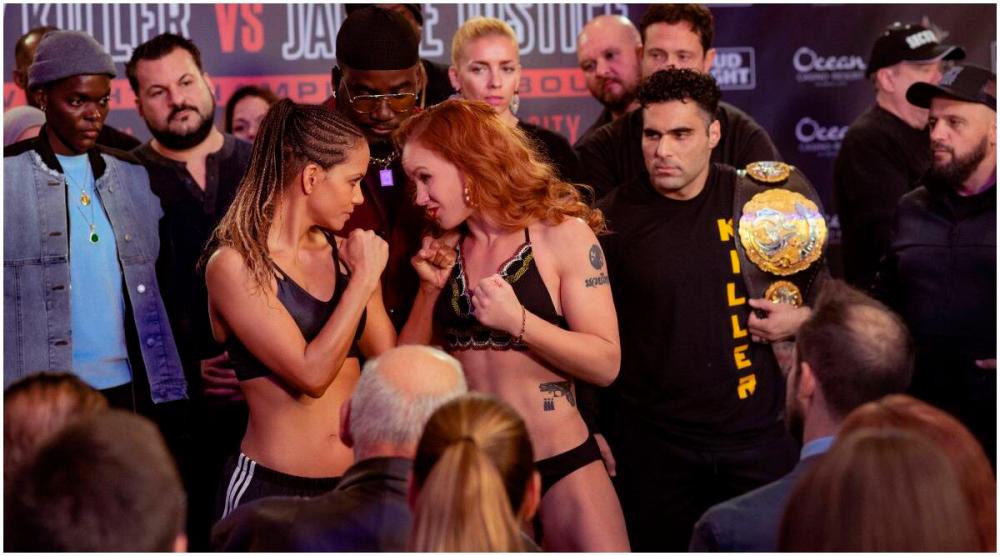 A scene from Bruished, which is Berry’s first directorial success. — PHOTO COURTESY OF NETFLIX

ACTRESS Halle Berry is on cloud nine after her new Netflix film Bruised scored a knockout in its debut.

The action-packed series, which was directed by Berry, became the most-watched film on Netflix in the US. Upon hearing the good news, the Oscar winner posted a video of herself dancing on her Instagram.

Berry added the caption: “When you find out the night before that your film is # 1 in the US and # 2 globally and you start dranking to celebrate. This is bound to happen. “

In Bruised , Berry stars as an MMA fighter who accepts an offer for an unsanctioned match. Her character also deals with the return of her long lost six-year-old son.

Although the success is impressive, this should not really come as a surprise. In fact, this year has been quite a milestone for Berry.

It was just announced that Berry has signed on for a multi-film deal with Netflix. The actress expressed her gratitude for the collaboration in a statement.

“My directorial debut, Bruised, was a labor of love and I knew that Scott (Stuber) and Ted (Sarandos) would treat it with great care. The Netflix team has not only been collaborative and creative, but extremely passionate and a delight to work with.

“I am beyond grateful for the partnership and look forward to telling more stories together.”

The first is a science fiction feature, The Mothership . The film details a woman’s journey to find her missing husband after discovering an extra-terrestrial artefact under their home.

Our Man from Jersey , the second film, has been described as a ‘blue-collar James Bond’ film.