Soaking in the good life

There’s much to experience in Australia’s Victoria state, from Geelong city to the Bellarine Peninsula and Great Ocean Road 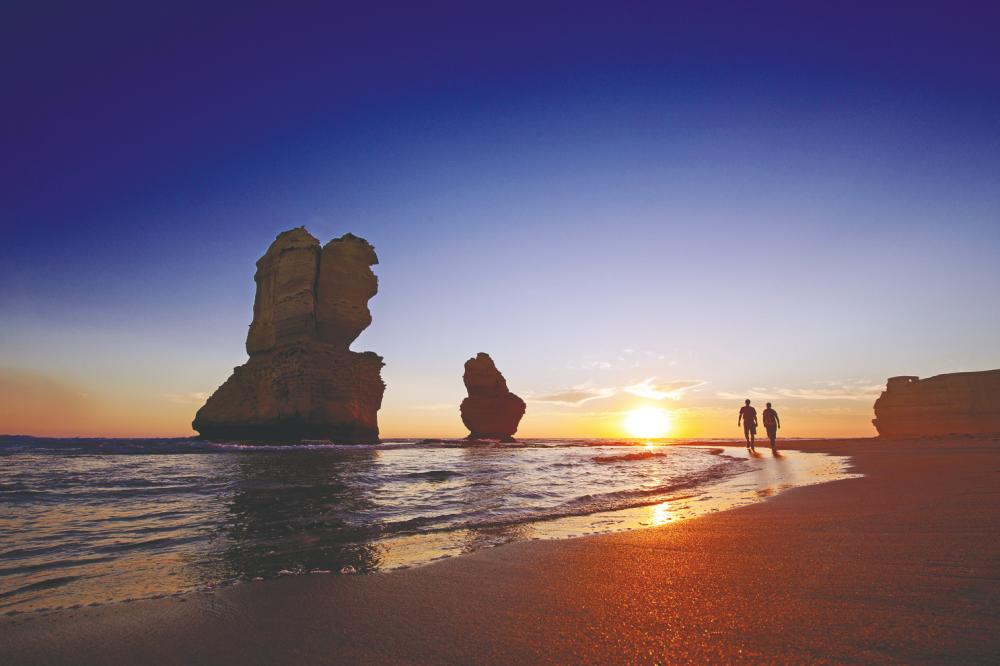 WITH its picturesque sights, top-notch produce and cuisine, a burgeoning arts and cultural scene, as well as long stretches of beaches, Geelong offers a respite from the bustle of Melbourne’s CBD roughly an hour’s drive away.

This second largest city in Australia’s Victoria state is also an easy getaway to the Bellarine Peninsula and Great Ocean Road.

Facing the beautiful shores of Corio Bay, the Baywalk Bollard trail holds a permanent fixture of colourful figures, scattered all along the famed waterfront.

These little nuggets from Geelong’s history take form in bollards, commissioned by the city in the 90s. There are over a 100 of these bollards stretching as far as Rippleside Park.

And as the autumn weather cools till May, throw on a snug sweater before you explore Little Malop Street Precinct, the port city’s trendy cultural central. Cool eateries as well as street art litter the laneways in this precinct.

For a taste of rustic northern Italian fare, pop into Caruggi to sample its focaccia col formaggio, an Italian speciality from the chef’s hometown of Recco, on the Ligurian Coast.

Head over to the Geelong Gallery to be inspired by colonial and contemporary masterpieces.

Nearby is the Geelong Library and Heritage Centre, where you can read in the dome-shaped library, before checking what’s on the programme at the Geelong Performing Arts Centre across the street.

While you are in the splendid Victorian region, take advantage of the easy access to the breathtaking Bellarine Peninsula, all the way to Port Campbell – home to the iconic Twelve Apostles and Gibson Steps.

Known for its wineries, seafood suppliers, cafes, and sprawling scenic views, the Bellarine Peninsula epitomises the phrase, ‘la dolce vita’ – where the icing on the cake is the wine glass in your hand.

Or slurp down fresh bowls of Portarlington mussels in the cosy comfort of family-run business Little Mussel Café, an extension to its farm gate Advance Mussel Supply, which gets its mussels from Port Phillip Bay.

While you’re in Portarlington, stop at the historic Portarlington Bakehouse for a taste of its Vanilla Slice.

On the Great Ocean Road that stretches 243km from Torquay (just half an hour drive from Avalon Airport) to Allansford, you will find a collection of limestone stacks that form the Twelve Apostles from Gibson Step.

Another sure-favourite stop is Aireys Inlet which boasts the red-topped Split Point Lighthouse.

Explore the short walking track past the lighthouse for amazing views of the ocean from the cliffs.

Then pay homage to returning soldiers of World War I who built the historic road, at the Great Ocean Road Memorial Arch in Eastern View, 5km west of Aireys Inlet.