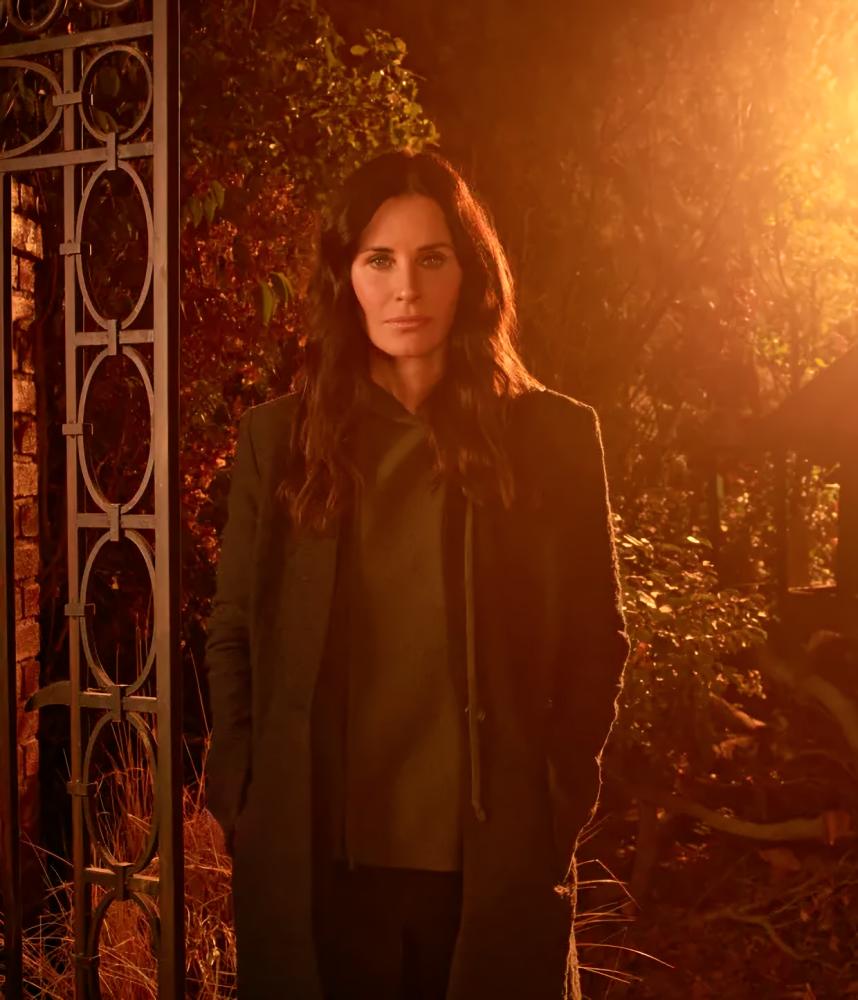 COURTENEY COX has come a long way since her days at Central Perk. Following her portrayal of Friends’ domineering perfectionist Monica Geller, Cox has had a string of projects attached to her name. While some have yielded success, many failed to make their mark. To date, her biggest hit has been the Scream franchise.

That said, Cox’s time in Hollywood is still far from over. Her recent Starz gig Shining Vale is among the many reasons why.

In the comedy-horror series, Cox plays Patricia Phelps aka Pat, a former “wild child” who became famous through her raunchy female empowerment book. But since its debut, Pat has failed to follow up her efforts. In return, it takes a toll not only on her career, but also on her family.

To save both of them, she – along with her folks – moved to an affordable mansion across the country. However, unbeknownst to Pat, the house was previously home to a deceased cruel “doctor” named Rosemary. Hence, paranormal activities often occur.

Yet, no one senses her presence except for Pat, who is convinced she is either depressed or possessed. But after multiple attempts of playing detective, Pat eventually strikes a deal with the spirit of Rosemary to help with her second book.

Things go very well until Rosemary starts interfering in Pat’s life – seeking more control. And soon, she finds herself and her family in trouble.

Although the show generally takes place in a fictitious world, Shining Vale very much earns its appeal from its honest depiction of life. From the three-dimensional portrayal of family life to the gritty process of overcoming alcoholism, Shining Vale easily triumphs over other new dark sitcoms in the drama offerings.

In fact, there is a rich amount of relatable drama sequences throughout the eight-episode series. Personally, I enjoyed the show the most when it explored the depths of depression, particularly how it can affect one’s relationship with others.

And we see that in Shining Vale with how Pat (still recovering) navigates her relationships with her family members and career as an author.

Comedy is the way to go

While Shining Vale does tackle serious issues, it is far from a “serious” show. The filmmakers did a terrific job in publicly confronting these problems in a comedic manner. And by doing so makes for easy and comfortable viewing.

So, even with scenes of Pat’s “terrible” ways as a mother, it is easy to sit back and watch along without feeling mad or disappointed.

Speaking of which, the banter between Pat and her daughter Gaynor were definitely a joy to watch. Though their interactions were most times quite harsh, it was hilarious to see them interact on screen. Gus Birney who played Gaynor absolutely had the best lines.

Unfortunately, Shining Vale failed at delivering in other areas, especially when it came to horror. The sitcom relied too much on jump scares and fancy camera work. Hence, the “scary” scenes felt a bit ridiculous and unnatural. Even Cox who is well-versed in that particular genre could only do so much.

Aside from the horror aspect, Shining Vale also seemed to have issues with its pacing. The first part of the drama, for example, progressed too slow. The build-up to the climax was too draggy. And when it did pick up after the sixth episode, the drama rushed too fast to reach its ending.

The shots and clips went by so quickly that it was difficult to process what had just happened.

Given its well-known cast and comedic appeal, it may just reach there over time. After all, it was just renewed for a second season. LE SSERAFIM debuts in Japan as a quintet

1.LE SSERAFIM debuts in Japan as a quintet