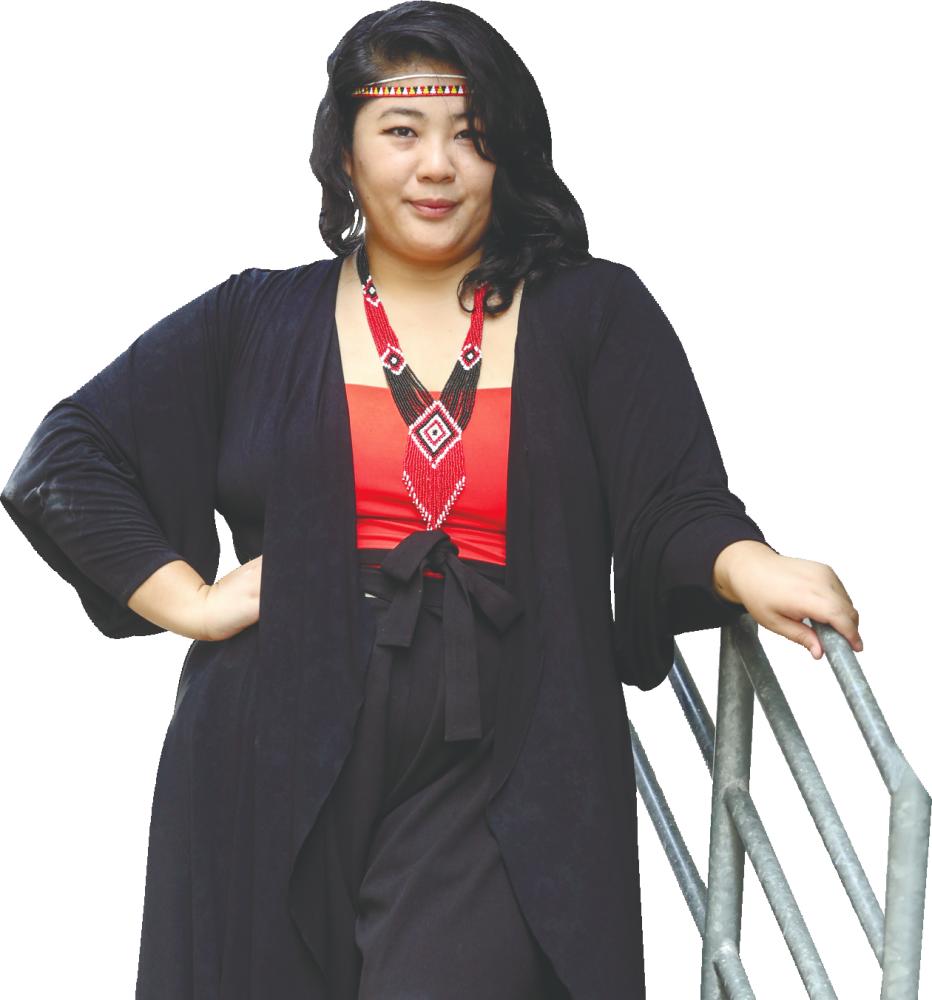 “Why must we be colour-blind? Aren’t we the most colourful people?” asked graphic designer and food artist Faye Lim.

Together with her two friends, Faye, 29, travelled around Malaysia to film a documentary titled “Re-discovering Each Other”, about the various ethnicities and created food artwork using local food to represent the “faces” of Malaysians.

Faye, from Petaling Jaya, is of Chinese, Thai and Nyonya descent. She turned up for the interview at theSun, wearing accessories from East Malaysia.

“While filming the documentary, we stayed with people of different cultures to find every element of unity, from architecture and food to culture and other angles. What we found had a huge impact on us,” she said.

She also made lots of new friends who were willing to share their food cultures and to help in any way they can. Faye also discovered unfamiliar food, drinks, sweets and pastries such as Amplang and Kuih Cin Cin.

“My mind opened up, bit by bit,” said Faye, the co-founder of ww.therojakprojek.com She is also creating artworks using soil and leaves from Orang Asli habitats and is interested in sustainable food packaging using leaves.

Why did you choose unity as the subject of food art?

“The idea came at the end of 2014, a year that was particularly trying, with the disappearance of MH370 and the MH17 plane crash. Racial unity cracked and negativity surfaced over the past couple of years.

“Colour-blindness (black and white) has always been the go-to trend to discuss unity in diversity but we at The Rojak Projek approach it differently.

“Multicultural Malaysia should not be diluted into shades of grey because colours are where our beauty lies! So in 2016, I wanted to share a creative and positive perspective on the beauty of our diversity.

“I did a series of conceptual artworks on local food. Where words are inadequate, food is symbolic of love and Malaysian food takes it to the next level. Food has always been a gesture of peace for us. We sit, eat and enjoy each other’s company despite our differences.

“It is also our differences that make us unique. These artworks showcase not only the beauty and variety of Malaysian food but also our diversity which is equally beautiful.”

What is your opinion on Malaysian unity?

“We’re not there yet. The awareness is slowly building up but it’s on the surface. Unity comes with understanding each other but right now, we do not know each other well enough.

“It is important that we never allow anyone to stop our friendship and love for one another and to know there’s strength when Malaysians work together.”

How long did it take to create one piece of artwork?

“When we asked questions and realised our ignorance, it was an eye-opening moment. Many of us did not know about Malaysia Day, the formation of the Federation of Malaya, North Borneo (Sabah), Sarawak and Singapore on Sept 16,1963.

“In Peninsular Malaysia, we mostly celebrated Merdeka Day on Aug 31.

What is the idea behind The Rojak Projek?

“Initially, it was to inspire unity, to showcase the beauty of local food and to share the message that our diversity is beautiful. Anyone can talk about unity; I’d rather show it through our ‘heart-work’.”

What is your next project?

“Our upcoming project, #RojakNation, advocates our multicultural identity and seeks to bring together everything that makes Malaysia.

“ The aim is to encourage Malaysians to mix around and collaborate with each other in ways that will lend a voice to the unheard and under-represented fellow Malaysians.

“We hope #RojakNation will, one day, evolve into a larger scale nation-building movement. I can’t reveal everything just yet because it is still a work in progress with our partners. All I can say is that it has to have a lot of youth and grassroots involvement, to make it happen.

“Everything we do, we do for Malaysia.”