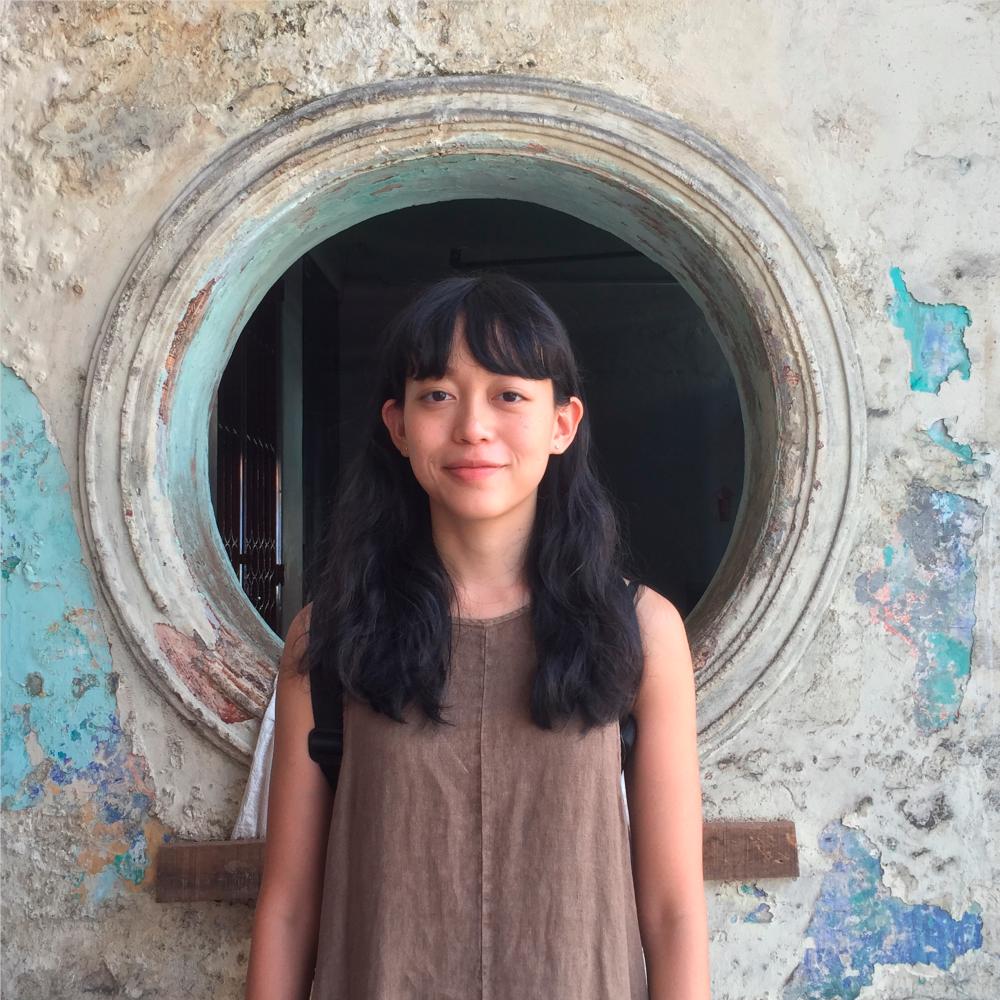 Ejin Sha graduated with Bachelors in Graphic Design at the prestigious Royal Academy of Art, The Hague, the oldest art academy in the Netherlands. – COURTESY OF EJIN SHA

EACH of Ejin Sha’s avid explorations of the notion of visual identities marks yet another demonstration of her graphic obsession with typography and images.

That being said, visual identities in the most dynamic form of words and symbols are being reimagined with images to create a straightforward impression. It is after all, the fundamental idea of communication.

Ejin’s work tends to run along these paradigms at the same time.

And as a graphic designer, her practices transcend disciplines between art, design, architecture and literature crossing into technology, ranging across mediums such as books, posters, site installations, exhibitions, wayfinding signage, GIFs and interactive performances.

The 29-year-old says: “Graphic design is less of skill and more of a design thinking.”

What is the role of a graphic designer?

“It’s to communicate and translate a massage or a value of the entity I’m designing for.

“Sometimes I’d like to think I’m a makeover artist, in a
way, I’m representing them through my typography and image design to speak best about themselves so they can carry it along their process in the making of their work.”

Is there a line between a graphic designer and a visual artist?

“I don’t think there’s a clear boundary, even in Europe, graphic design no longer presents itself strictly in print, it could be [in] digital media or anything that can convey the message in the best way possible.

“It’s an exciting time to be able to experiment, as graphic designers are able to shift between these two practices.”

How much do you rely on instinct when designing?

“I believe strongly in [the saying] ‘form follows function’, starting with research and thinking what are some of the relevant values or design language that the subject has.

“So by designing visuals with typography as symbols, they don’t look too intimidating. And typography allows freedom for expression, at the same time, it lets the client’s personality shines through ... even if it has flaws. It’s about finding a balance in where they belong.

“Graphic design can allow visibility for subjects that are often overlooked or taken for granted.”

Does graphic design always have to solve problems?

“No, it can ask questions or form speculative visions. Even if it has ties to advertising, it doesn’t mean it has to serve the commercial purpose, it can be used for social awareness as well.

“But sometimes design has to solve problems before asking questions, hence, typography is my [way] of doing that.

“It really depends on the institution that supports [allowing] graphic designers to practice this. There will always be a struggle between financial and creative freedom in Malaysia.”

What about typography that intrigues you?

“[I] deal a lot with visual identities, translating them into logotypes, which is basically distilling an idea and expressing [using] words that we are familiar with to make an impression.

“I think words are a very direct way of saying a message, it’s not an image but it could be thought otherwise. It’s communication made really straight forward.”

What are your thoughts on the KL’s cityscapes typography.

“The awareness for type design is slowly growing. Some time ago, there was a workshop on designing type with software, and how typography is integrated with technology.

“In a collaborative performance, I did call Senitiga: As We Go Along with visual artist Max Jala, he created live projections [which were] interactive with motion and sound. It was a nice experiment to be able to stay away from the static medium and create interactive typography.”