True to his heart 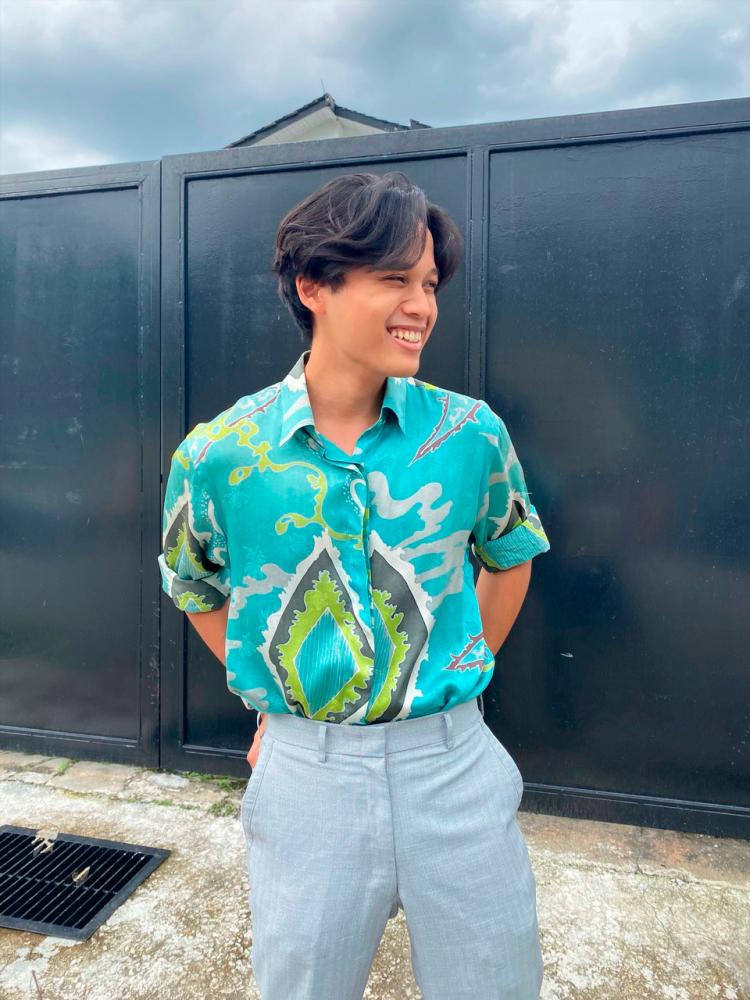 BEING creative and thinking out of the box are two ways to describe 21-year-old Alif Riad. This Malaysian-born R&B and Pop artiste released his first single Honestly early this year. It was recorded in Alif’s dorm room and produced using only GarageBand, a software complete with a sound library, on his phone.

Honestly has garnered over 60,000 listeners on Spotify. Not bad for a self-produced song.

Alif was pursuing a degree in Biology and Environmental Studies at the University of Wisconsin in the US when the Covid-19 pandemic hit and he returned home to Kuala Lumpur during spring break in March.

“They had shut down classes and everything was going online. It was the beginning of the realisation that there was a pandemic in the US. So, everyone was kicked out of the dorms and I came back to Malaysia. I have deferred my semester and hopefully will get to continue my studies in January.”

While he may be taking a break from his studies (which he fully intends to continue), he has a brand new EP (mini album) titled Aleaf (named after one of his many nicknames) that has four self-written, self-composed and self-produced songs.

Honestly is doing well on Spotify. Did you always want to pursue music?

“Actually, I was always inclined towards music ever since I was little. It is just that I was a bit shy during my primary school days to show off my music ability because I did not think I was good enough. Then I moved to England in 2012 (he lived there until 2014), where I was able to flourish and develop my music skills. I learnt to write songs. I was also curious to know if I could perform in front of an audience. So, I started singing at school assemblies.”

When did you start writing songs?

“During my time in England, I wrote a few songs but I completely scrapped it. When I was at university, I had an inkling to release a song. That is when I developed my confidence. I think it was because it was towards the end of my university years, and the reality of me finishing my studies and having to choose a career is what pushed me to release Honestly. It was unveiled in January, during my third semester.”

Was Honestly a completely new song or previously written but improvised?

“Honestly is a new song. I wrote it last year when I came back during summer break. A friend I spoke to told me about the toxic relationship she was in and she liked to use the word ‘honestly’ (influenced by Grey’s Anatomy). She used it so often that I started using it as well. So, I took her story and applied my own experiences on toxic relationships and friendships. I think I wrote the lyrics within a span of two weeks. Then I stopped because I did not know how to play any instruments. When I returned to university in January, I decided to get all the melodies from GarageBand on my iPhone, and decided to record it from there.”

Tell us about your EP, Aleaf.

“All the songs are new. They are more polished compared to my previous releases. Every time I release a song, I would get some feedback on how to improve. So, I always try to do better. I was very slow when it came to using GarageBand on the Mac. Now I am using the free things from Apple on my laptop to make my music.”

What do you hope to achieve with your music?

“To introduce the Malaysian culture in my music for a global audience. I feel our culture is not as well known as it should be. I appreciate the diversity in Malaysia, not just the people but also our music and instruments. I try to incorporate Malaysian nuances into my music. I incorporate Malay lyrics and in the background I use the traditional instrument gamelan.” 1.KKDW is acronym of Ministry of Rural and Regional Development: Zahid

5.Hannah Yeoh urges all ministries to act in unison for sports development