Nothing more to say 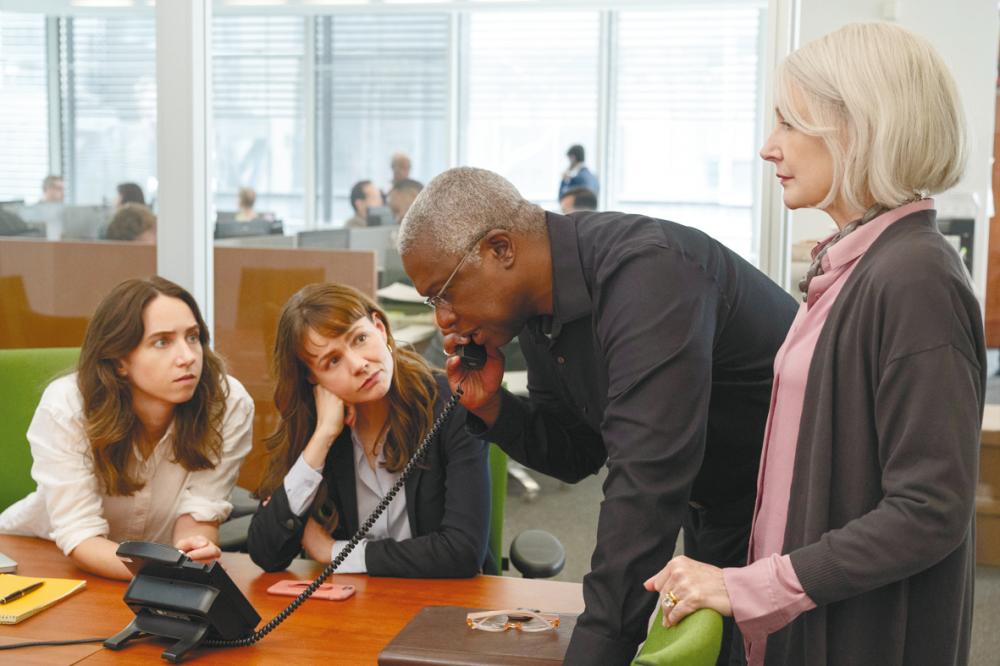 STARRING Carey Mulligan and Zoe Kazan as New York Times reporters Megan Twohey and Jodi Kantor, She Said is adapted from their nonfiction book about how they uncovered stories of sexual harassment and assault in Hollywood and helped ignite the #MeToo movement, in which millions of women took to social media and other channels to detail their own stories.

At its heart, She Said is an inspiring true story about people, many of them women, many of them mothers, who summoned the courage to speak out and seek justice, not just for themselves but for those in the future.

The film is a compelling, moving reminder of the power of individual people, armed with determination and grit, to, together, change the world.

For the most part, the focus is on the investigation and on the victims. Mulligan and Kazan put on a strong performance, along with a solid supporting cast coming from Patricia Clarkson (Rebecca Corbett), Andre Braugher (Dean Baquet), Samantha Morten (Zelda Perkins), Jennifer Ehle (Laura Madden), and Zach Grenier (Irwin Reiter) among others.

The theme of secrecy revolved around the film, in which deep themes are at play, making them extremely personal and visceral, and one of my favourite scenes actually when Kantor talked to Reiterin in the darkened Tribeca restaurant.

Kantor and Twohey were working on their book when writer Rebecca Lenkiewicz first met with them in preparation for the screenplay. Lenkiewicz was an expert at weaving the book’s detail and their perspective into the screenplay, including some verbatim dialogue, and also the personal life of the journalists.

Cinematography Natasha Braier also did a great job at making the film look as if you were witnessing something through a window, like watching a piece of real life instead of a piece of entertainment.

She Said was measured and deliberate, and didn’t feel glamorised or embellished. It was also the first feature film to be shot on location inside the New York Times newsroom, which is one of the rare silver linings of the pandemic which allowed them to shoot in the actual building.

Director Maria Schrader assembled a majority-female creative team to tell a story about women standing up, speaking out, and claiming their power, and delivered the story in a way that would make you feel the empathy for the anger and injustice that these women has felt.

She Said is out in cinemas now.