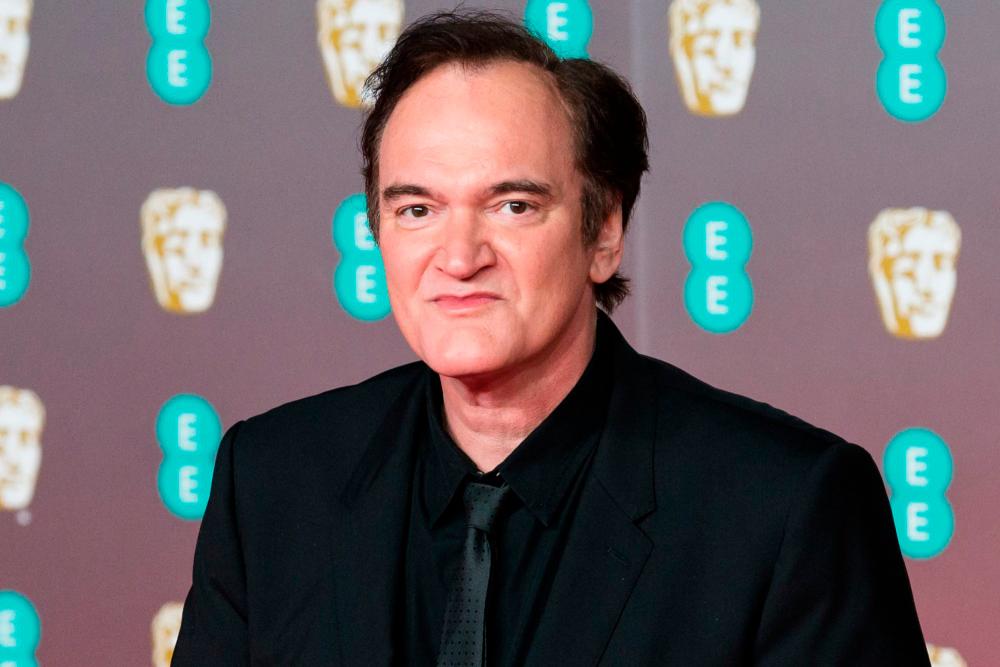 Quentin Tarantino made his debut in the early 1990's and is well known for his unusual and sinister criminal films. – ENTERTAINMENT WEEKLY

DURING a recent appearance on The Howard Stern Show on SiriusXM, Tarantino was asked specifically which of his films was his favourite by Stern.

In response, Tarantino said: “For years, people used to ask me stuff like that. And I would say something like, ‘Oh, they’re all my children.’ [But] I really do think Once Upon a Time in Hollywood is my best movie.”

The movie was a critical and financial success, earning US$374 million (RM1.7 billion) at the global box office and receiving a number of Academy Award nominations, including Best Picture and Best Director. The film’s star, Brad Pitt, won the Academy Award for Best Supporting Actor, and the production design of the movie also won an award.

The legendary director then added that, along with two other periods of Hollywood cinema, he doesn't have a high opinion of the competition now.

Tarantino said: “Even though the 80s was the time that I probably saw more movies in my life than ever – at least as far as going out to the movies was concerned – I do feel that 80s cinema is, along with the 50s, the worst era in Hollywood history.”

He claimed that the 2007 double feature titled Grindhouse, which he co-wrote with director Robert Rodriguez, was his most misunderstood film. He stated in an interview with Empire that he thinks this is because the movie was a touch too hip for school.

“I think me and Robert just felt that people had a little more of a concept of the history of double features and exploitation movies. No, they didn’t. At all. They had no idea what the f**k they were watching. It meant nothing to them, alright, what we were doing.“