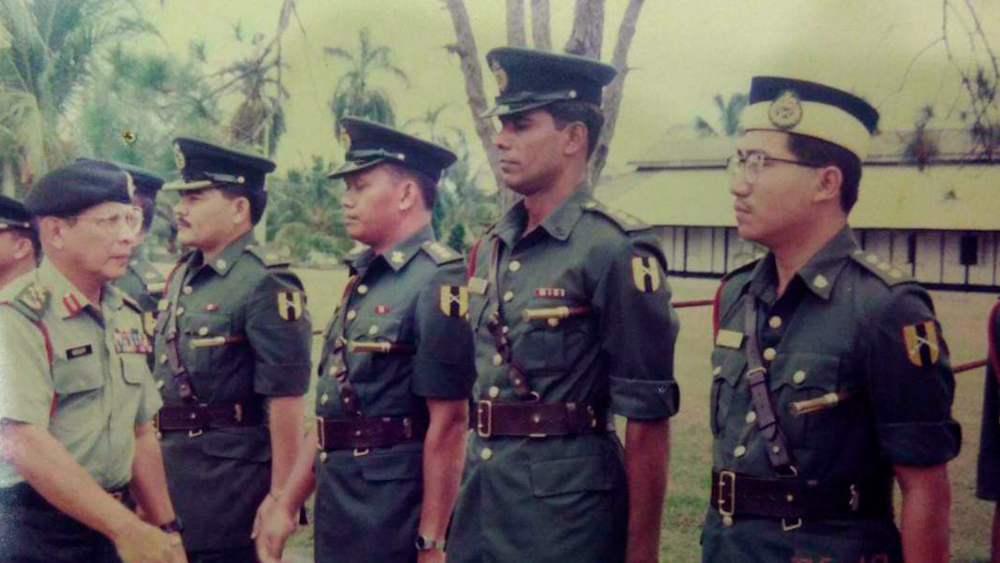 Hidayah says that what happened to Amiruddin (second from right) can happen to any regular person. - Pictures courtesy of Hidayah Hisham

IN 2017, 58-year-old Amiruddin Nadarajan Abdullah made national headlines when the army veteran was detained on 36 drug-related charges.

He faces the death penalty if found guilty of trafficking.

Now 62, he continues to be remanded in Sungai Buloh Prison, with his health deteriorating.

“It’s a story about a woman who gets dragged into an unfamiliar world of prison visits and lengthy court trials, when her dad gets arrested for using medical cannabis to treat his cancer,” Hidayah told theSun.

“At the end of the day, he is a cancer survivor and he developed spinal tumour prior to his arrest.”

Neither glorifying nor condemning the use of cannabis, the documentary at its heart is about the relationship between a father and his daughter.

It is a choice of narrative that the director, Hidayah, intentionally chose.

“It is said that when it comes to film, one should make a story that one cares about or is familiar with,” she said, drawing parallels between Siti’s story and her own.

“My father was also remanded in the same prison when I was nine years old, because of drugs. I didn’t see him for three years.”

Despite how much the documentary seemingly hinged on emotional facets, Ayahku, Dr G struck a balance between the heart-rending and reality, such as the legal issues and dilemma faced by the family.

“I wanted to put in as much facts as I could,” she said.

“But to me, it was a Herculean effort because this film was tipping into different conversations. I also knew that we couldn’t accomplish much talking about everything.”

Instead, the small team behind the documentary honed in on what was at the heart of everything – the pain.

“It also goes back to our laws. As much as they serve to protect, they also cause a lot of pain”.

Throughout the production of the documentary, events in the world at large kept changing, particularly the conversations around cannabis, such as its reclassification by the United Nations. The team had to adapt accordingly.

As Amiruddin’s case was ongoing, the crew also had to be really sensitive with what was filmed and included.

“We couldn’t be as loud as we wanted to be.”

Hidayah revealed that not much has changed since the film was completed.

“This is largely because of the pandemic leading to a lot of the court sessions being unable to proceed. A new judge has taken over the case, so it’s going to start from scratch all over again. Everything that happened in the beginning of last year to June this year has to start over,” she explained.

“Amiruddin’s health is also declining. He needs to have surgery for the spinal tumour, but the risk of the surgery is that he might be paralysed from the waist down.”

Although social media is loud, Hidayah explains that for things to change for Amiruddin and those in the same situation, communication has to evolve.

“To me, the main thing about helping Amiruddin or anyone like him, is we have to start educating ourselves and use the right language. It’s not just about talking to your friend from KL about it, but also your aunties and uncles,” she said.