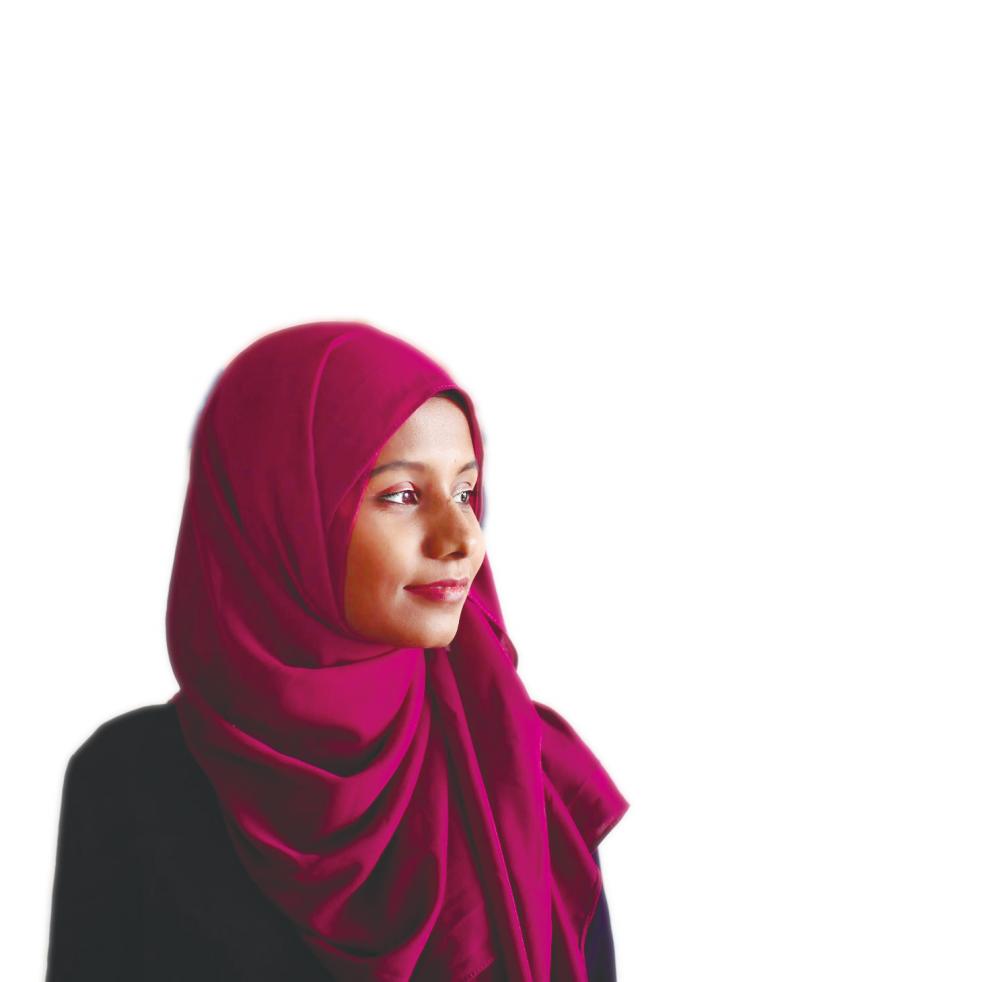 Shaney is one of the lucky artists who found new opportunities to continue putting art into the world. - MARIYAM SHANY AHMAD

KNOWN as ‘Manje’ within the local art community, Mariyam Shany Ahmad was born and raised in the Maldives, before she moved to Malaysia in 2007. While she recalls always being interested in art, pursuing an art degree as she began her higher education was out of the question.

“(This was due to) my very conventional parents, who at the time believed that art was not a feasible career choice,” she told theSun.

In what seemed like the best solution for her to keep both her parents and herself happy, Shany took the middle ground and opted to pursue a degree in Urban Design, as she had an interest in maps and cities.

“However, it did not stop me from practising my art as after I moved to Malaysia for my studies, I continued to paint in my free time and joined art markets such as Art for Grabs on weekends,” Shany revealed.

After graduating, instead of pursuing a career in line with urban design such as architecture, Shany instead chose to become an illustrator and mural artist.

“I made lemonade when life gave me lemons. After I finished my degree, due to certain personal circumstances, I made a choice to not pursue a permanent job in the field, even though I truly love the field and have much respect for those working in the field,” she said.

Instead, Shany decided to set foot on the very risky path of a career artist and started to join art exhibitions and grew her art circle.

Eventually, she began to do both digital art illustrations for clients who had seen her work at shows, while also doing murals as an assistant to other graffiti or mural artists.

“After a few years of experience, I was blessed to have clients find me to commission my work as murals for their premises”.

On how her current art themed around nature, femininity and fantasy is abstract as opposed to the rigidity or structure of urban design, Shany agrees that there are more differences than similarities.

“To me, the most important aspects of urban design were livability, sense of belonging and practical aesthetics.

“In a way, nature – one of the biggest inspirations in my artworks – also plays a huge role in these aspects, where urban designers are inspired by the nature surrounding a neighbourhood or city, and incorporate unique design features for better livability and aesthetic value for its residents.”

Like many others in her field, Shany found herself without work opportunities for about six months after the pandemic began.

She explained that murals simply were not possible under the first lockdown, while opportunities for illustration and design work became scarce, as companies and individuals struggled to maintain their businesses.

“This also made me unmotivated to paint personal projects, or even update social media, which I used mostly to promote my art.”

She said in the latter half of last year, she was lucky to have been found by a local Malaysian author who was looking for an illustrator to do the images for a children’s book.

“That opportunity sparked my love for creating again, and even encouraged me to start online classes that would further improve my skills in illustration and digital work.”

On whether the pandemic has taught her anything, Shany said it has altered her worldview and approach to her work, more than how it affected its theme and style.

Having always been fond of creating colourful, fantasy and folklore-themed scenes and subjects, Shany feels that people need that now more than ever in art, to show that art can be both healing and uplifting.

“For some of my upcoming mural work, I hope to incorporate this feeling by using elements of nature that we all longed to be in during our months of lockdown, and colours that give vibrancy and positivity to our future living with this pandemic,” she said.

Expected to be released this month, author Malini A. Welti’s children’s book We are One will feature illustrations by Shany.

“I have also been blessed with the opportunity to work on two additional children’s books that are expected to be released on Amazon later this year.

“I will also be working on some murals in the coming months, as businesses have started to reopen and are looking to renovate their premises with new murals to attract customers back in.”

However, Shany said she has no upcoming exhibitions and is hoping to get opportunities to show her work in exhibitions next year.