Return of a pop princess

New Zealand songstress talks about her return to the music industry and her new album, Solar Power 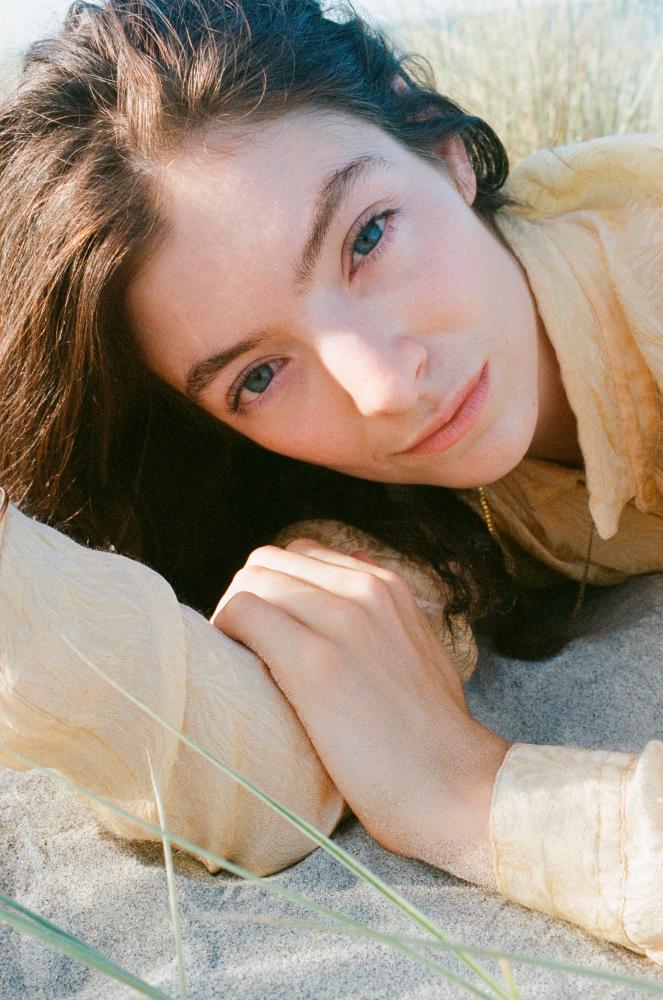 Oceanic Feeling is the most meaningful track of the album. — PHOTO COURTESY OF OPHELIA MIKKELSON JONES

ELLA Yelich-O’Connor, better known as Lorde, took the world by storm when she first broke into the music scene back in 2013.

The Kiwi singer, then 16, captivated audiences with the release of her debut single, Royals. Since then, she has cemented herself as one of the industry’s most beloved indie pop darlings.

And now, she returns after a four-year hiatus with a brand-new sound off her latest album, Solar Power.

“I think I have become someone who sees the world a little bit more clearly, as my upbringing was different.

“I lived in New Zealand in a nice suburban place and I did not know much about the world. I have now seen so much and have a greater understanding. The world is a lot broader now” said the singer in a recent Southeast Asia press conference via Zoom.

Solar Power is the pop star’s third album of her discography and her first since her sophomore record Melodrama, that was released in 2017.

While Melodrama was about tales of heartbreak and teenage jollification, the latest album pays tribute to her mellower events.

How would you describe the album’s sound?

I really wanted to combine a tiny bit of the 60s and 70s Californian folk tunes with the music of my youth in the early 2000s, which was radio pop.

Both sounds capture how it feels like to be on the outside, so I took elements from both of them and put them through my specific lens. I wanted it to feel light and free as though I’d want to float away.

What inspired you to make this album?

I was walking in the park by my house with my dog. I would wake up every morning and walk my dog and through that little routine, I saw the seasons changing for the first time. I saw the morning light and I really started to feel the magic of nature and the outside world, even just from going to a park.

Then I went on a trip to Antarctica and right around that trip, the name Solar Power popped into my head. It was amazing because I had not written anything for it yet but that is sort of where it started.

What is the story behind the latest single, Mood Ring?

It is my attempt at unpacking wellness and all the little kinds of systems that we are used to ... to feel well and connected in our modern world. I was thinking about the things that my girlfriends and I do, whether it is keeping a crystal around or reading our horoscopes. And I was just sort of trying to put it all together.

Does the album represent any part of you in real life?

I made the album kind of as a response to my pop star life up to that point. I had this really busy and crazy life as I was touring a lot. And then I came off tour and became very sort of quiet and domestic. I found that to be so transformative, for me personally and also my artistic career as well.

I think I realised that I am always going to be someone who needs to retreat from being a pop star, to be able to make something and undergo a transformation that makes me want to write something new.

So, I think this album really showed me who I am, and it was a truly big chapter of my life. I feel like the period between your late adolescence and your mid-20s is such a big time and with so many changes, so I definitely felt that.

Is it difficult to return after a long hiatus?

Definitely! I would say that it is hard. It is just so different because I spent years of my life not being a famous pop star. And now, I have to put my interview hat on and my photoshoot hat and all sorts of things, but it is cool. I have a tendency to long for whatever part of my life is missing.

So, for years when I was laying on my couch reading books, I was thinking about being back out there again. And when I was tired, I was thinking of landing on the couch again. As soon as I am back home and off a cycle, it is what I want to get on and it is a big change, but I like it.

I do not do collaborations very often. But I did mention Harry Styles in an interview recently. I really like his last album and he is such a great pop singer. He is also so charming. So, I think we could maybe do something together. We will see, who knows?