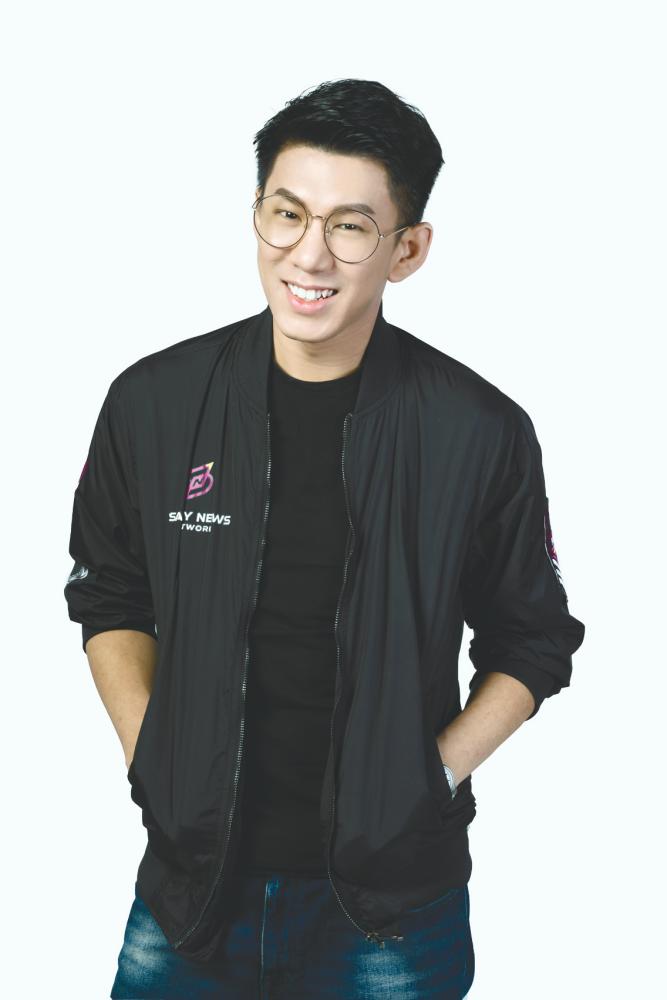 Lim has been a professional streamer and gamer for more than five years. – Photo courtesy of Salty News Network

GETTING paid to play and stream video games all day sounds like an ideal job. All one needs to do in the morning is to stumble out of bed, fill a bowl with cereal and turn on the computer. There is no need for morning traffic, last-minute deadlines or horrible bosses. While this perception of streamers may be true, there is actually a lot more to making money from video games than meets the eye.

“The competition is really fierce. In fact, bringing new forms of content to my viewers daily can be a challenge as there are so many talented streamers out there,” said 27-year-old Conner Lim, who goes by the name “Flare” when he is competing professionally online.

Born and raised in Subang Jaya, Selangor, Lim is a full-time variety streamer who provides live streams on gaming entertainment and commentaries for online viewers. To date, he has worked for clients like Windows and NVIDIA, and competed in notable competitions like the Esports Integrated Challenge (Lunar Edition) last month.

“It was super challenging but fun. I got to team up with fellow streamers in the industry and compete with one another. It’s really good to see events like this. It promotes the games we’re really passionate about and brings more value to the industry,” he said.

Lim was first introduced to online games at the age of 10. Back then, he was only playing whenever he was not studying for his exams. It was only during his time in university that he fell in love with the spirit of competition and live streaming. Through live sessions, he got the opportunity to explore different game genres and support his friends virtually.

In fact, that was what inspired his stage name, Flare.

“It’s more than just showing your game play. You have to interact with people and build a bond with each other. One way is through supporting them when they are in the dark.”

Despite his enthusiasm for the industry, the state of the current gaming scene can be challenging. One example of this would be the attention span of his online viewers. His audiences often only gravitate towards competitive mobile games as it is exciting and quick, thus leaving out potential exploration of other game genres that could offer the same excitement, if not more.

This increases competition and restricts creative ideas among streamers. Lim remembers the many times his viewership was affected whenever he explored new content for his channel. Hence why he is big on viewers seeking out alternative game genres and content.

“As someone who loves games across all genres, I wish that people would be introduced to more genres. There are so many great games out there to be explored. So why not try it out, right? You’ll never know when something might actually pique your interest.”

Lim remains hopeful and believes the industry can change. Although it is still relatively new, he believes the younger generation is catching on and actually appreciating the value of video games. For instance, due to his online popularity, he had the opportunity to work with brands like Digi during their 2018 Digi & Comic Fiesta campaign.

“I hope to continue bringing good content to my viewers. And maybe I would like to try other forms of content in real life and hope that brings just as much joy to everyone as games.”

In the meantime, he is looking to get his hands on his upcoming favourite video game, Elden Ring.

“It’s basically Lord of the Rings but in a video game. I heard that it’s gonna be super challenging, which is the kind of game I like. I’m the type of person who just immediately goes for the highest difficulty at the start of any game.”