The pursuit of storytelling 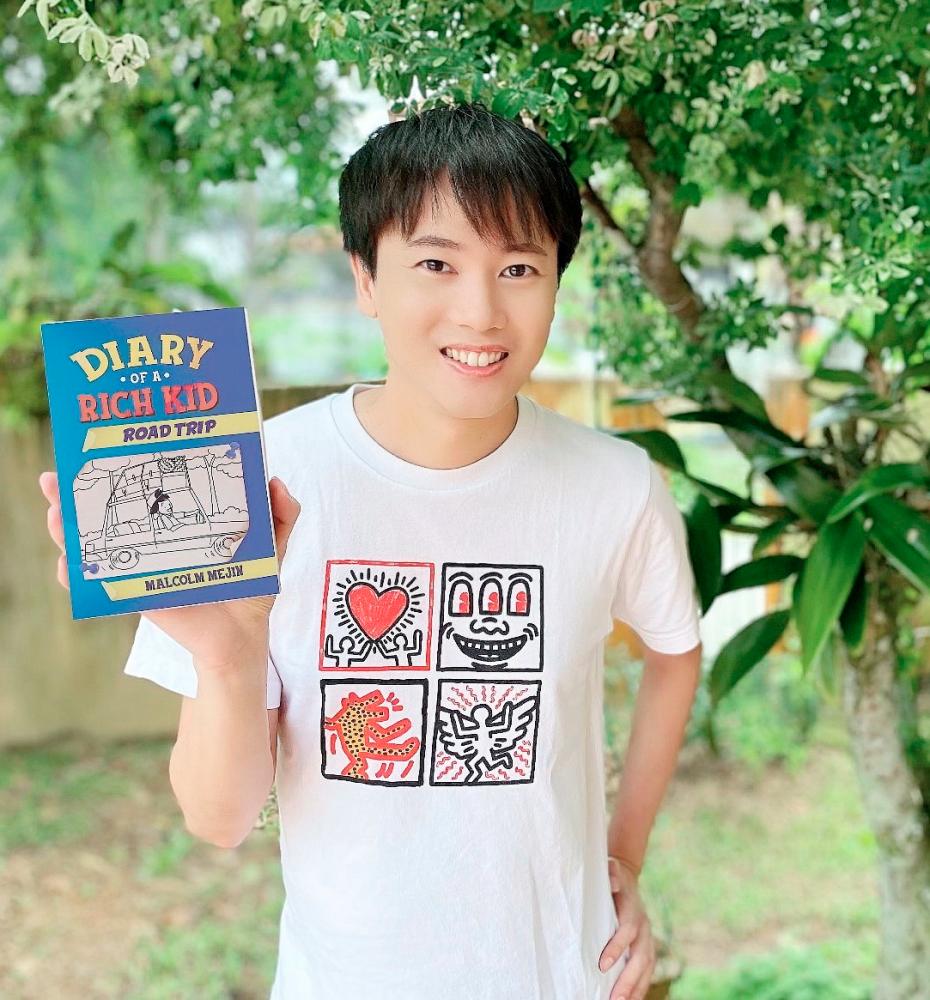 Mejin’s path to becoming a writer began at the age of six, when he would write on pieces of paper and then staple everything together as a book. – Picture courtesy of Malcolm Mejin

AUTHOR Malcolm Mejin has put out several books in the past decade, with the most recent being Diary of a Rich Kid Road Trip that was released late this March.

Having self-published both the latter and its “prequel”, Meijin spoke to theSun about his books and what is on the horizon.

“Publishing my first book began around 2010, with the book series Zany Zombie. What triggered that was a discussion with an assistant manager from a publishing company, who wanted to create a set of books geared for children aged eight to 13. I’d never thought that I’d write for children, because all the while, I’d been personally writing teen or adult-geared stories, involving more mature themes,” he said.

Yet this led to a door being opened, resulting in several Zany Zombie books to be released, with the young adult novel Cool Diary in 2012 and Cinderella Charmed in 2018.

Not long afterwards, Mejin decided to take a hiatus from writing in order to get his bearings straight on how to progress as a writer.

Eventually, he decided to self-publish his next book, which was something he had never done before.

“I don’t have any family or friends who are in the know-how about self-publishing. It was like embarking on an unchartered territory with completely zero experience. I had to learn everything from scratch: from layout, typesetting the book, illustrations to book cover design. It was completely a one-man show,” Mejin explained.

In about three months, Diary of a Rich Kid was completed and then officially published in 2018.

“This novel has also showered me with blessings I could never have imagined. It has brought me all over the country, meeting people from all walks of life through my book tour, book fairs, and school visits.

“I made new friends and have a fan base who really care about my work. I’ve visited more than 20 international schools, always fueled with the passion to uplift and motivate students to pursue their dreams through my talks that draw valuable lessons from my experience as a writer,” he said.

Questioned on how his Diary of a Rich Kid bears a resemblance to the American Diary of a Wimpy Kid, Mejin did not shy away from setting the record straight as he has been asked the same question in the past.

“It was definitely unintentional at the time of writing. I have no intention whatsoever of ever copying (it). You may be surprised to hear this, but I’ve never actually read Diary of a Wimpy Kid at all, as weird as it sounds! I think Jeff Kinney’s a great author, and I respect his work,” Mejin clarified.

“When the book was finally published, it took me a while to realise that it bears a slight resemblance to Diary of a Wimpy Kid. Sometimes, some readers would confuse it with that series, to my horror.

“I didn’t realise it at that time, for I don’t really read Wimpy Kid and don’t recall how the covers looks like, except a slight recollection that it’s a bit cartoonish on the front. It wasn’t my intention at all. Had I known it sooner or if it ever was in my consciousness, I’d have instructed for the design to be changed.”

Almost two years later, Diary of a Rich Kid Road Trip would come out. Based on his personal road trip experiences in Kuching, Sarawak, Mejin explained that it was an easy novel to write.

“I’ve been to those real-life locations stated in the novel, so it was quite fun to write, as if revisiting a memory from the past. To spice the story up, I injected humour and of course, some elements of suspense. Who doesn’t love a good suspense?” he said.

Slated for publication at the end of the year, Mejin’s next book will be the third sequel to Diary of a Rich Kid, titled Under the Sea, while he is currently also working on Remember Me, a new novel geared towards young adults and adults.

“I won’t reveal much at this point of time because I don’t want it to be a spoiler,” he said hesitantly about Remember Me.

“I already know what the ending’s going to be like, and it’s definitely going to be a shocker, and also a tear-jerker. It is a beautiful sad story that explores the depth of friendship, but it’s also weaved with secrets and lies, giving it the thrills and suspense that will stun readers in a good way.”