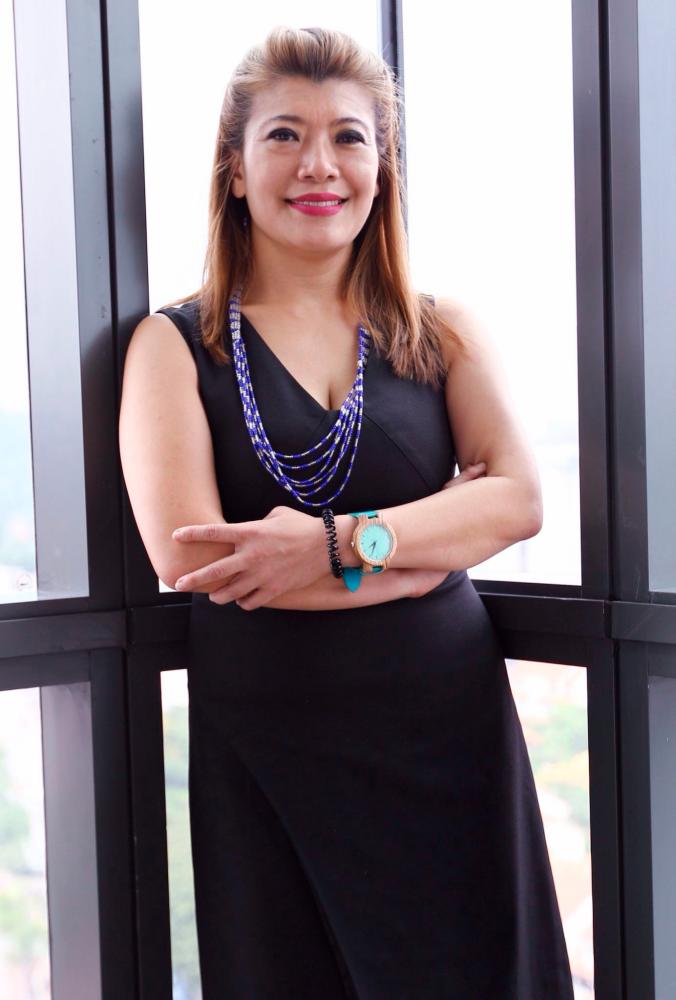 She may have an enviable career but she also admits to having her ups and downs.

We met up to talk about her latest book (her fifth to date) called In Your Skin.

The book features the stories of 10 women, some of whom Liu has met and interviewed on her radio show HerVantage – which is aired on BFM – and others whom she met during the course of her career.

For her book, Liu asked the women a couple of questions, such as what they would have told themselves at 21, and used their answers to form the narrative of the book.

“The way I wrote In Your Skin was based on the wheel of life: the way you would look at finance, career, friendships and faith. Things like that. I also wanted to feature people I admire.”

According to Liu, she had a wake-up call when her marriage ended 10 years ago.

“I probably did not pay attention to relationships in my life, and that affected the marriage,” she said, adding that it is like when you are so focused in one area of your life, you tend to lose focus on other things.

Getting back to In Your Skin, Liu said: “I just wanted to see how these women embrace these things to get to where they are. They seemed to have found their niche in all these different areas.”

Liu said the book initially wasn’t supposed to be women-centric, but that is how it ended up.

“For me, they were all doing very different things. Some may have got publicity, and some haven’t.

“Like [singer] Rozella, it started with her having a birthmark on her face. When she was 11, her parents (not knowing any better) gave her a whitening product. That got her to the point of depression.

“But now, she is into music, works in PR, and in her Facebook page True Complexion, she celebrates everyone’s beauty.”

Liu spoke about being inspired by women like The Pit Stop Cafe’s Lee, who gave up a lucrative career to open a cafe-cum-soup kitchen.

“I asked myself if I have the courage to do this. I realise I don’t.

“It was a story that needed to be told. To do what she did is not about fame.

“I feel that Malaysians are very shy about sharing their story. So I felt if they can’t do it, let me.”

She began conducting interviews for the book in 2018. “[The idea] was probably in my head since 2017. It was triggered when someone commented on how I looked.”

While she did not get into details, she did say she decided to get fitter and look better.

After some time, she asked herself if all that had made her a better radio presenter.

“Well, I have more energy now, I am fitter now. But does that change my professionalism? That was my wake up call.”

After going through many challenges in her life, she is finally in a place where she can feel comfortable in her own skin.

“This is book is an evolution for me. It is personal.”

Liu said we tend to compare ourselves to others. “When I interview successful people, I always say I really admire this person.

“When I interviewed Heidi Quah who [helped] a lot of refugees, I asked myself if I have the guts to do it, or [if] I am not called to it.

Liu added: “So how does one get to the level of being comfortable in her own skin?

“We should celebrate people for being different. Especially when it comes to women. Apart from career expectations, social media does not help in terms of how you look, ageism, size-ism.

“I wanted to celebrate all of us. We are all called to do different things. We are all pieces of a jigsaw puzzle and we all got in together.”

When asked if all the people featured in her book are comfortable in their own skin, Liu said most of them are but added that like herself, there are times when perhaps they are not.

“It has taken me 50 years to get to that point. We are always second guessing ourselves. We keep asking ourselves ‘Really, is there something more I should do?’ “

“I say just enjoy the journey and be happy.”

1.Annuar to discuss issues on arts industry through Twitter Spaces this Friday