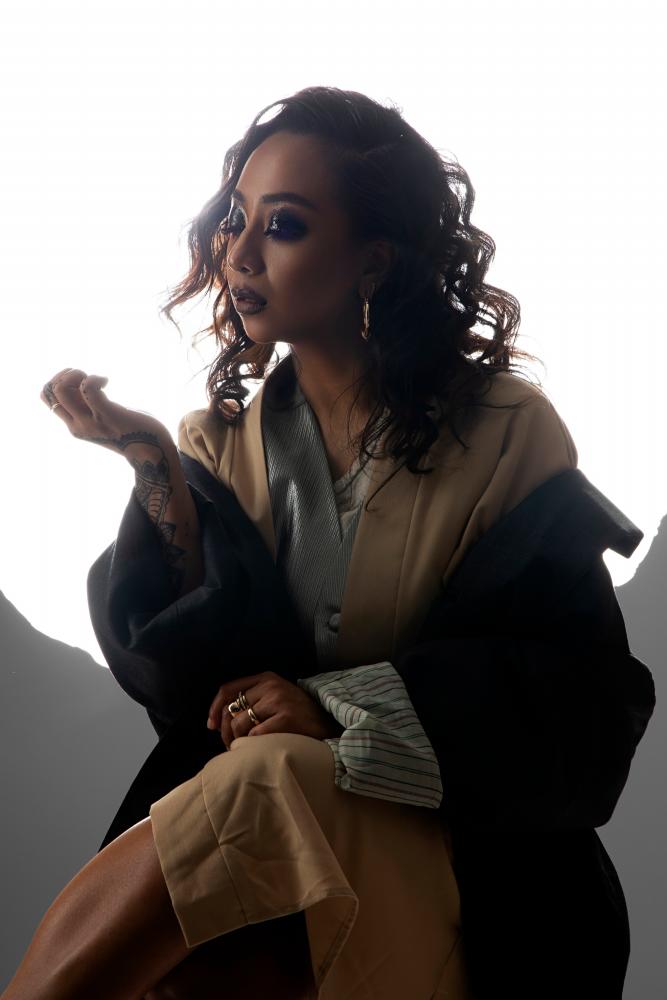 Amylea says she feels like a new person, akin to someone coming back from a war, which she thinks is a good thing. – Pictures courtesy of Amylea Azizan

FROM a very young age, Amylea Azizan wanted to do more than just sing. “I wanted to be somebody who was doing music as a whole,” she told theSun.

She has clearly achieved her goal, adding the title of songwriter and producer to her credit.

However, there was a time when Amylea did not know what “producing” was.

“Growing up, I did not have an ambition to become a singer.

“During schooldays, my mum was not very supportive of it, as she wanted me to venture into other things first and to check all my options.”

After high school, her uncle managed to get her into an audition. When asked what she wanted to be, she told the panel: “I want to be a music director, or something like that.”

“After that, I got more opportunities to write my own songs and [to write] for other singers as well.”

A years worth of introspection

Sadly, Amylea’s career was affected by the pandemic, not unlike others in the entertainment and creative industry.

Fortuntely, the resourcefulness of this artiste and her multidisciplinary background somewhat softened the blow of events.

“I am truly grateful for everything I have been able to do during this time. It did slow down certain things, but the pandemic did not stop me from working ever since last year’s first movement control order,” she said.

Instead of her usual bread and butter work, Amylea has been taking on projects that involve dubbing, voice work and directing. She claims these multiple aspects of her job have allowed her to survive.

Despite how relatively smooth sailing her work has been, it has not been the same situation for her mentally.

Amylea admits that the stress from other things in her life has had an effect on her mental health.

She said writing a song is something that cannot be done without emotions or a healthy mindset.

“There are no words to describe the pain I’ve been going through, because my problems and issues are more [related to] emotional and mental health.

“I feel like I’m [both] different and the same person at the same time. In my teenage years, I had a lot of passion and no fears or doubts. I lost my way because I’ve been focusing on things that I have to do, rather than things I want to do,” she said.

Amylea added that she has learned a lot and wants to pick up the passion that she had when she was young.

“I’m also focusing more on myself and family than other things.”

What the future holds

After the release of Kendati for the drama Takdir Yang Tertulis earlier this year, Amylea said the ensuing events were rather disruptive.

Despite the song receiving support from listeners and the drama being a big hit, the country began slipping in and out of lockdowns just as the song was starting its promotion.

Despite being affected by such events, Kendati is still making its rounds on charts even as the year is about to end.

At the time of interview, Amylea revealed that in the third week of September, she will begin recording her second song for this year.

“I’m hoping this one will do better, if we’re able to promote it without MCO returning,” she said with a laugh.

“This song will be the main theme for a drama”.

Other than the upcoming song, Amylea will also be busy producing music for various artistes until the end of the year.