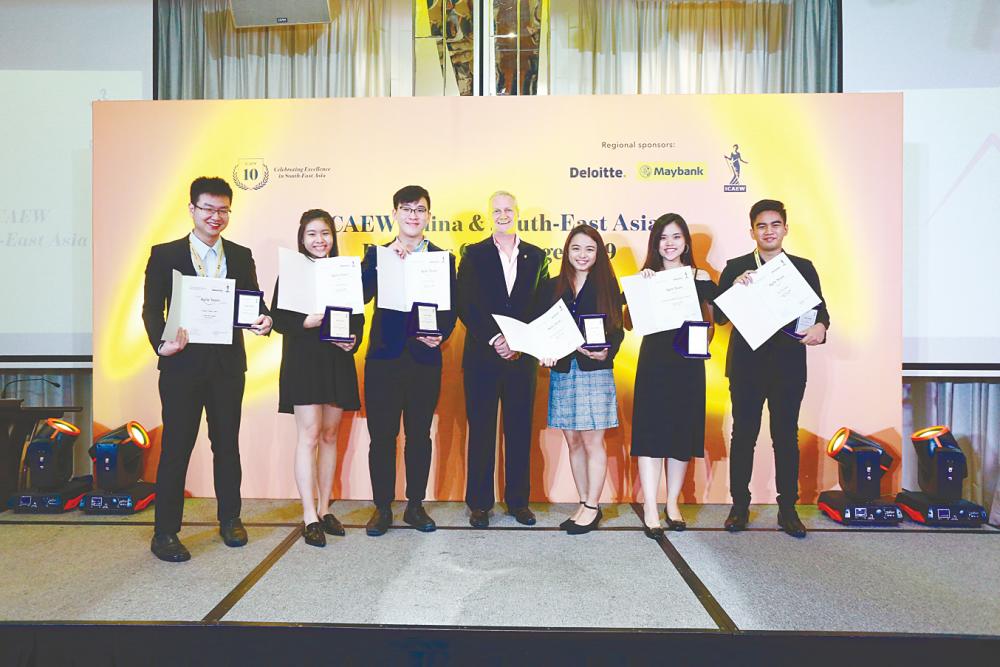 A group shot of an ICAEW personnel with Team End Game and their Most Agile Team awards and certificates (Koh stands third from right).

The ICAEW China and South-East Asia Business Challenge, into its fifth year, is an annual competition sponsored by Deloitte Southeast Asia and the Maybank Group; ICAEW stands for the Institute of Chartered Accountants in England and Wales. The recent 2019 edition saw 12 finalist teams from higher institutions of learning across China, Indonesia, Malaysia, Myanmar, Singapore and Vietnam, compete for the Regional Grand Champion’s prize among others.

Team Six Packs from Indonesia took the champion’s trophy on impressing the judges with a polished presentation and splendid showcase of analytical skills and business acumen. The team will be flown to London, on an all-expenses-paid trip, which includes a visit to the iconic Chartered Accountants’ Hall that houses the ICAEW headquarters.

Malaysians too, did their country proud. We bagged the Most Agile Team (Team End Game) trophy. Koh Ee Sung, part of Team End Game, was also among winners of the Best Speakers prize, which was presented to six other individuals.

At the finals in Singapore, ICAEW regional director of Greater China and South-East Asia, Mark Billington, said he anticipates that the next generation of talent in accountancy, business and finance, has a vital role to play in shaping and building the future economy.

Maybank’s group chief human capital officer, Nora Manaf shared her view and shed light on the time when Maybank first partnered with ICAEW in 2014. “Together, we launched a trailblazing collaboration which integrated the ICAEW Chartered Accountant qualification with our management trainee programme - the Global Maybank Apprentice Programme (GMAP) PLUS.

She also said, “We believe in and support the ICAEW China and South-East Asia Business Challenge as it clearly delivers the experience necessary to build accelerated career readiness for talent pipeline programmes such as for our GMAP PLUS.”

The recent ICAEW China and South-East Asia Business Challenge was for the first time extended to participants from China. Though aimed to identify and nurture the next generation of business leaders in the region, Billington said, “The challenge also presents an opportune and realistic platform for the brightest students to broaden their knowledge, increase their exposure and hone their skills.”