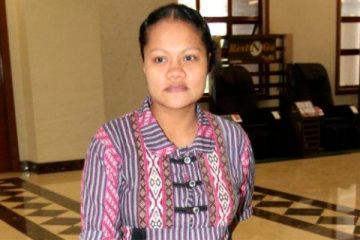 THE Nirmala Bonat (pix) case will always be remembered by Malaysians as one that raised a red flag on the plight of foreign maids, who suffered in silence at the hands of their abusive employers.

The extent of abuse that maimed Indonesian Nirmala in 2004 left Malaysians horrified and drew international attention.

At just 18, the maid from Tuapakas, East Nusa Tenggara, had come to Malaysia to work for the family of boutique owner Yim Pek Ha in Kuala Lumpur in September 2003.

Had she known what she would undergo at the hands of her employer, Nirmala would have chosen to remain in deep poverty in her hometown village.

After eight months into employment, she could only express regret and sorrow over the physical and mental abuse she went through that left her scarred for life.

She was beaten, scalded with hot water and a hot iron which left almost her entire body riddled with injuries.

Had it not been for a security guard on duty at the condominium who called the police after noticing the wounds on Nirmala, it would have been unimaginable what could have happened to her in the subsequent months.

Soon after Nirmala was rescued by police in May 2004, Yim was arrested and investigated for causing hurt.

At the end of her remand order, Yim, then aged 36, and a former air stewardess and mother of four children, was charged with four counts for causing grievous hurt to Nirmala.

During the trial, Nirmala was accused of self-inflicting the injuries to seek sympathy.

However, in November 2008 Yim was found guilty on three of the four counts of charges and was sentenced to 18 years jail by the sessions court.

Upon her appeal, the High Court reduced her sentence to 12 years the following year.

The law took a firm stand on the case when Yim’s attempts to strike out the conviction were dismissed by the appellate courts that upheld the jail sentence. Yim is serving her term at the Kajang Prison.

In 2010, Nirmala also filed a civil suit seeking compensation from Yim and her husband Hii Ik Ting over the abuse she suffered.

In 2015, the damages was increased to RM350,000 by the appellate court following an appeal by the victim against the quantum set by the High Court. Life expectancy of Malaysians to be shorter: Statistics department The Try Guys cut ties with Ned Fulmer after affair

Life expectancy of Malaysians to be shorter: Statistics department

Driver killed as signboard falls on lorry after crash

1.The Try Guys cut ties with Ned Fulmer after affair

3.Life expectancy of Malaysians to be shorter: Statistics department

5.Driver killed as signboard falls on lorry after crash