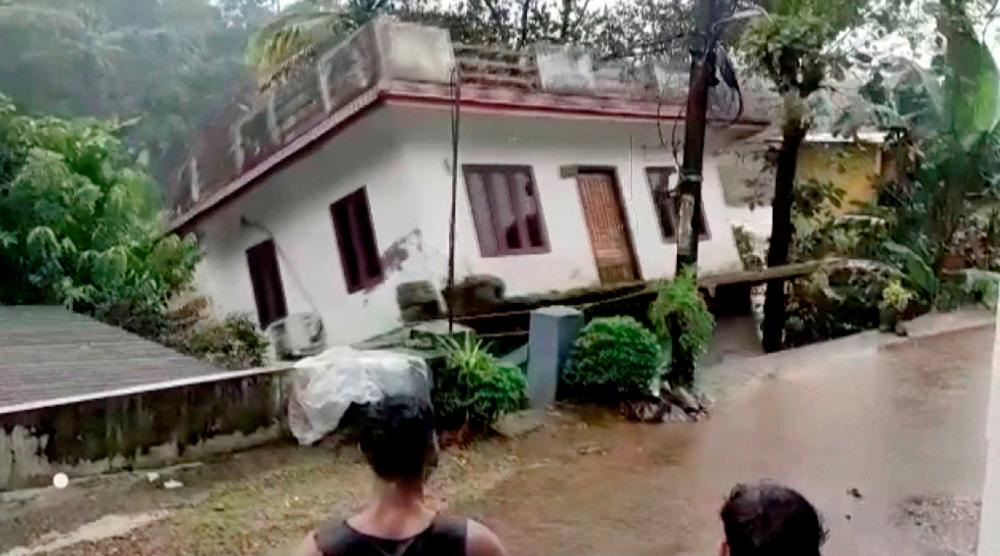 People watch a house being washed away in river due to strong current after heavy rains at Kottayam in Kerala, India, October 17, 2021 in this still image taken from video on October 18, 2021. REUTERSpix

NEW DELHI: At least 27 people were killed and many missing in flooding and landslides after heavy rains lashed the coastal Indian state of Kerala.

Houses were swept away and roads badly damaged in many parts of the southern state following the rainfall.

The worst affected districts were Idukki and Kottayam, according to local media.

The death toll could rise as dozens were reported missing.

“We are continuously monitoring the situation in parts of Kerala in the wake of heavy rainfall and flooding. The central government will provide all possible support to help people in need,“ Indian Home Minister Amit Shah said on Sunday.

The Indian disaster agency deployed its rescue teams in several districts of south and central Kerala.

State Chief Minister Pinarayi Vijayan asked people to be ready to move to a relief camp, higher ground or safer locations if requested by government officials as around 5,000 people were moved to relief camps.- Bernama

1.Bersatu still discussing action to be taken against Ali Biju