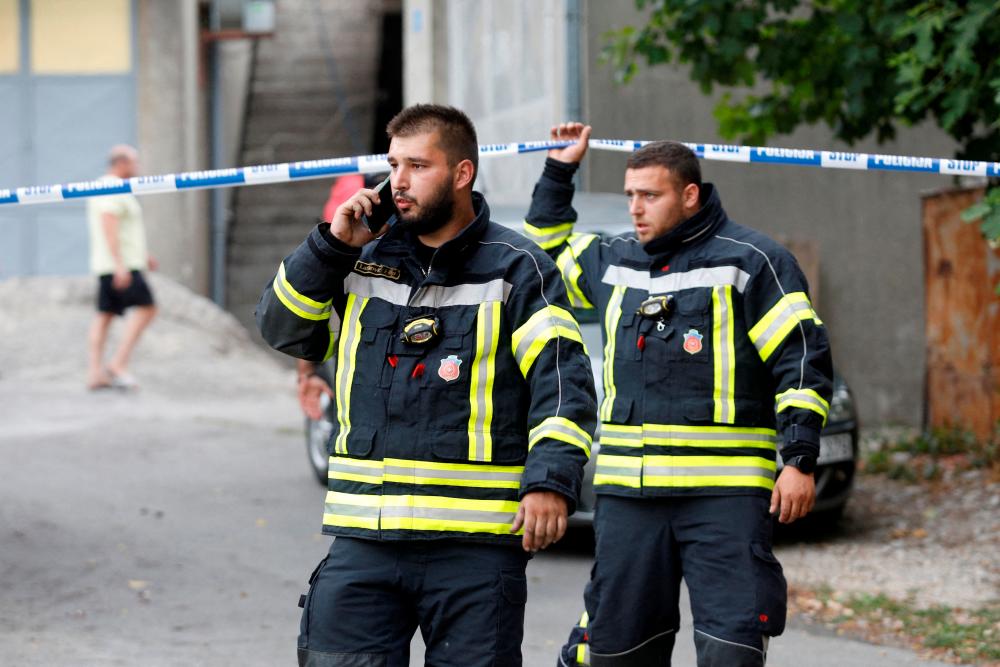 Rescue personnel walks near the crime scene of a mass shooting in Cetinje, Montenegro August 12, 2022. REUTERSpix

BELGRADE: Eleven people have been killed and six injured in a killing spree in the Montenegrin city of Cetinje, Xinhua quoted local public broadcaster RTCG’s report on Friday afternoon. The 34-year-old gunman was killed while exchanging gunfire with police, RTCG added.

The shootout reportedly happened after a family conflict. The attacker then began shooting randomly at people, including children, in the streets of the mountainous city inhabited by around 15,000 people.

One person has been admitted to hospital with severe head and chest injuries, while three more patients required immediate surgery, according to the report.

A police officer is among the injured, RTCG said. - Bernama 2.Rashford doubles as United fight back to beat Omonia