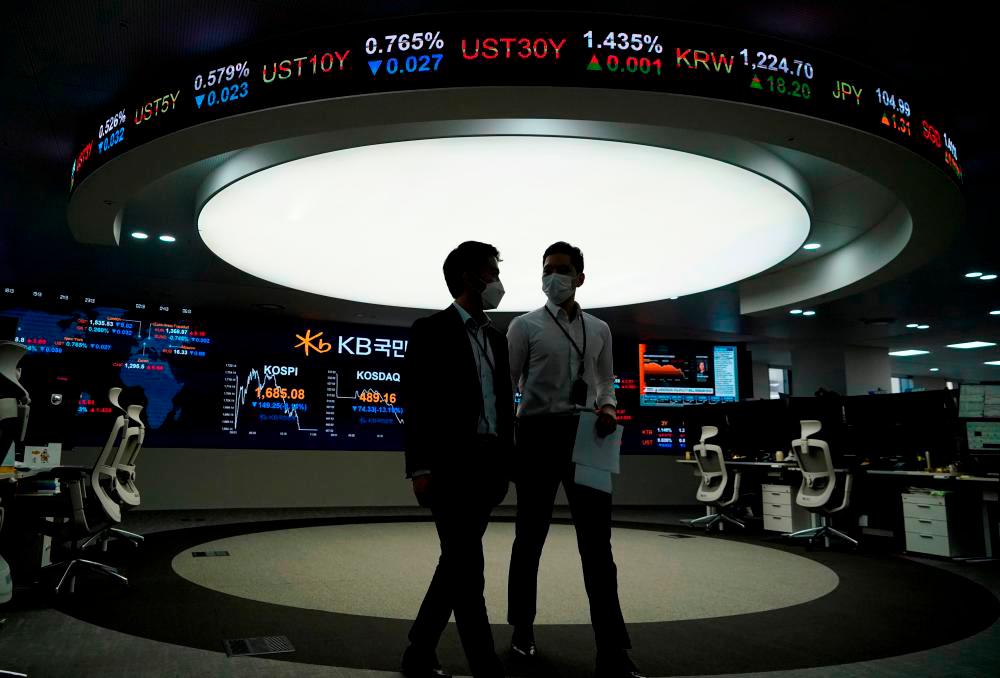 HONG KONG: Asian stocks were higher on Tuesday as investors took heart from strong rebounds on Wall Street on hopes that the newest coronavirus variant will prove less dangerous than previously feared.

The Omicron variant has been detected across the globe but no deaths have yet been reported, with authorities worldwide racing to determine how contagious it is and how effective existing vaccines are.

Top US pandemic adviser Anthony Fauci said over the weekend that, while more information was needed, preliminary data on the variant’s severity was “a bit encouraging”.

“That was all markets needed to hear really and equity markets in Europe and the US followed Asia’s lead and piled back in,“ said Jeffrey Halley, a senior market analyst at OANDA.

“Unsurprisingly, travel and leisure led the way while technology only rose modestly.”

Sentiment was also buoyed by moves from China’s central bank to limit the economic fallout from debt crises in the country’s property sector.

Hong Kong’s Hang Seng Index was up 2.50 percent in afternoon trade, while Shanghai was only slightly up.

Chinese e-commerce giant Alibaba was a strong performer, up by more than 11 percent by mid-afternoon in Hong Kong.

Bargain-hunters moved in on the company’s shares -- recently pummelled by Beijing’s crackdown on big tech -- after the virus news and central bank announcement.

In Japan, the benchmark Nikkei 225 index was up by 1.89 percent at the close.

“Share buying surged as excessive fears about the Omicron variant have eased,“ Okasan Online Securities said in a note.

“The economic data looks very good,“ Sylvia Jablonski, Defiance ETFs chief investment officer and co-founder, told Bloomberg Television, noting that even long-term worries about the US Federal Reserve ending its ultra-loose monetary policy were not weighing on sentiment for the time being.

“We don’t need the same sort of monetary stimulus that we had before so maybe the tapering isn’t so bad -- we don’t expect it to be too out of control or too quick so there is some good news for buying on the dip,“ she said.

Singapore, Jakarta, Wellington and Seoul were all slightly up, as were Bangkok and Manila.

On Monday, European and US equities had rebounded on the Omicron news.

Wall Street also had a strong day, with the Dow up 1.9 percent.

But in China, the spectre of potential debt defaults by property giants loomed.

Reports Tuesday said embattled developer Evergrande was planning what could become China’s biggest debt restructuring, wrapping in all its offshore obligations as it faced default on a key payment.

The company’s shares were up by 1.66 percent in Hong Kong afternoon trade.

Its struggles have fanned concerns about China’s property sector, which forms a substantial part of the world’s second-biggest economy.

In response to the crisis, China’s central bank said Monday it would cut the reserve requirement ratio by 0.5 percentage points for most banks, effective December 15.

The move reduces the amount of cash the banks must hold in reserve, which will allow 1.2 trillion yuan ($188 billion) to be injected into the economy over the long term, the central bank said in a statement.