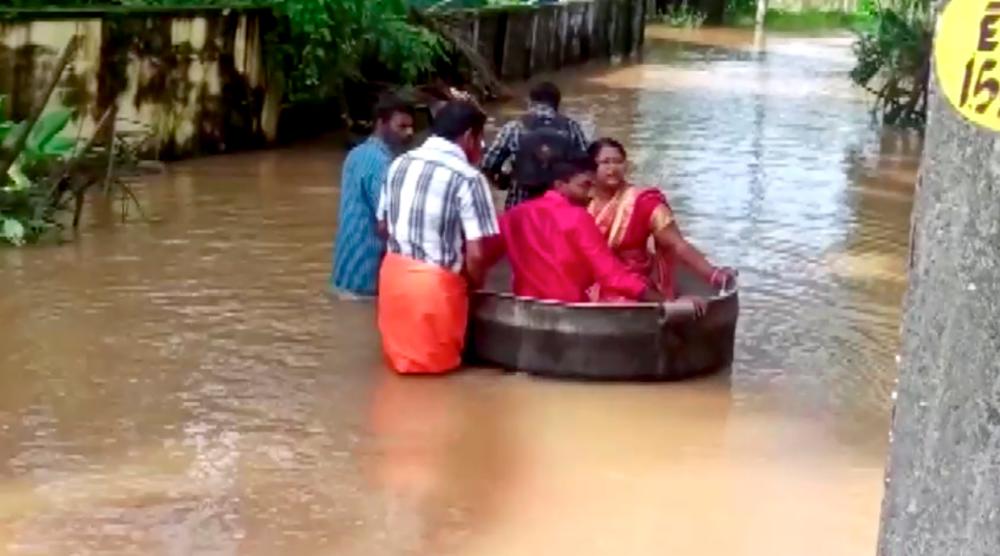 Bride and groom float to a temple in a cooking vessel on a flooded road for their wedding ceremony in this screengrab taken from video, in Alappuzha, Kerala, India, October 18, 2021. AFPpix

NEW DELHI: At least 34 people have died following days of heavy rains in the north Indian state of Uttarakhand, the state's chief minister said, as rescuers continued work to free those stranded on Wednesday.

"There is huge loss due to the floods ... the crops have been destroyed," Pushkar Singh Dhami told Reuters partner ANI after surveying the damage late on Tuesday.

"The locals are facing a lot of problems, the roads are waterlogged, bridges have been washed away. So far 34 people have died and we are trying to normalise the situation as soon as possible."

Prime Minister Narendra Modi said in a tweet he was "anguished" by the loss of life.

The Himalayan state of Uttarakhand is especially prone to flooding. More than 200 were feared killed in February after flash floods swept away a hydroelectric dam.

Unseasonally heavy rains across India have led to deadly floods in several areas of the country in recent days. Authorities in the southern state of Kerela said on Monday more than 20 people had died there in followings landslides.-Reuters