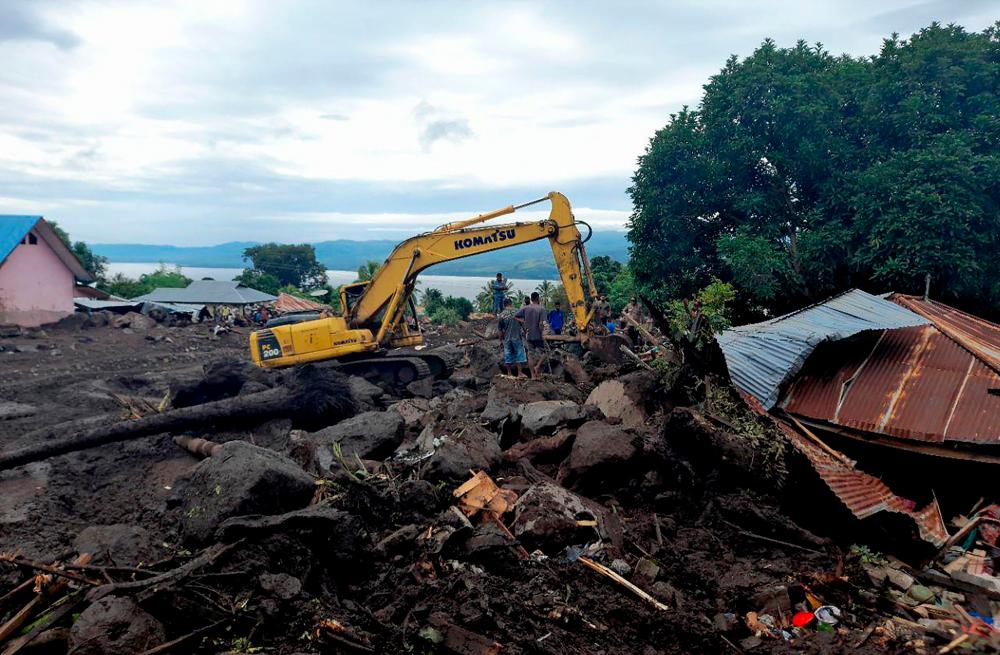 This picture taken on April 7, 2021 shows rescuers using diggers and shovels to extract mud-covered corpses from the debris in Lamanele village, East Flores, after torrehtial rains from Tropical Cyclone Seroja, one of the most destructive storms to hit the region in years, turned small communities into wastelands of mud. –AFP

SYDNEY: Australian authorities on Thursday urged holidaymakers to evacuate a stretch of the country's western coastline in the path of a cyclone that has devastated parts of Indonesia and East Timor.

It is forecast to bring "destructive winds with gusts of 150 kilometres per hour (93 miles per hour) and intense rainfall that could cause flash flooding" on parts of the coast, the Bureau of Meteorology said.

Emergency services warned holidaymakers - many camping or travelling in caravans - to leave ahead of forecast weekend storms that would be quickly followed by the cyclone.

"If you remain in the area in a tent or caravan, you are at risk," said assistant commissioner Paul Ryan, adding that these structures were "highly dangerous" in wild weather.

Local residents were also urged to prepare emergency kits and ensure their homes were ready for the expected impact.

The cyclone is forecast to make landfall in a relatively isolated part of Western Australia -- a sprawling, sparsely populated state - as a category 2 or 3 system.

Almost 180 people were killed in Indonesia and neighbouring East Timor earlier this week after the cyclone proved one of the most destructive storms to hit the region in years.

Dozens more are still missing and thousands have been left homeless. –AFP