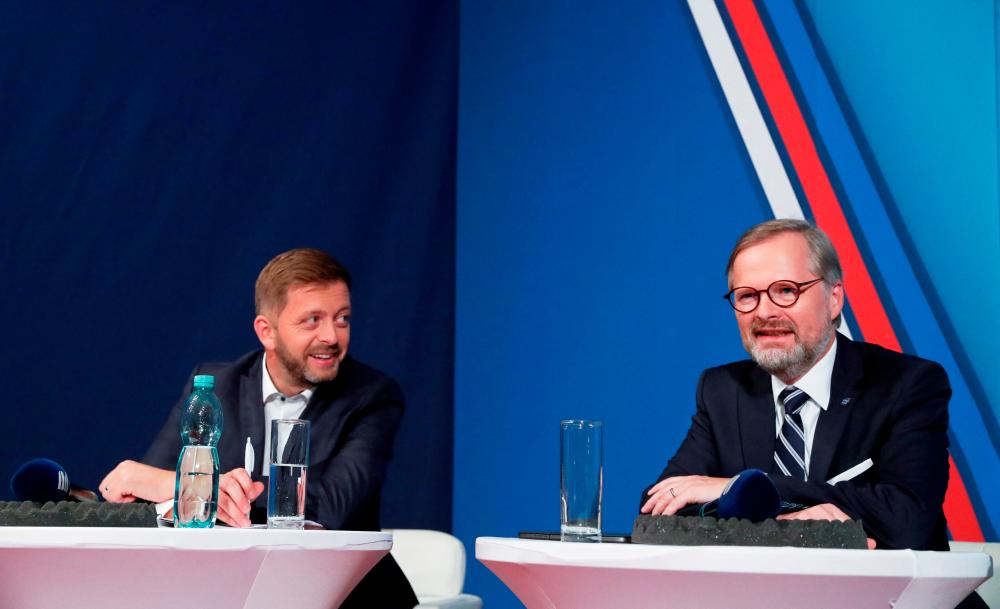 PRAGUE: The Czech Republic on Tuesday said it will temporarily resume inspections along the border with neighbouring Slovakia due to an increase in the number of irregular migrant arrivals.

“Border controls will be re-introduced at 27 former border checkpoints all along the border with Slovakia for at least 10 days,“ Czech national police said in a statement on Twitter.

The measure will come into force at midnight between Wednesday and Thursday, it said.

The Czech Republic and Slovakia are members of the EU's passport-free Schengen zone.

Czech police said that 9,500 irregular migrants had been detained between the start of June and the beginning of last week -- compared to 1,330 for the whole of 2021.

Czech Prime Minister Petr Fiala said the migrants, mostly Syrians, were transiting through the country to other EU member states.

“We have to take this preventive measure to counter the situation for the long-term and discourage illegal migrants from taking this route,“ Fiala said at a press conference.

Established in 1918, Czechoslovakia peacefully split into the Czech Republic and Slovakia in 1993 after the fall of the communist regime.