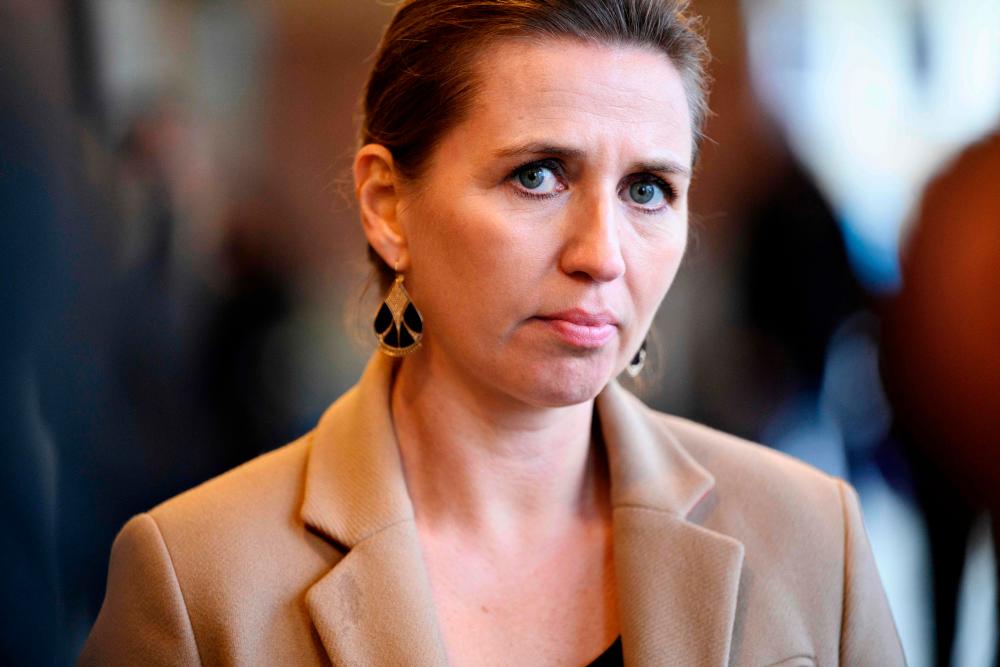 COPENHAGEN: Denmark’s prime minister apologised on Saturday after being filmed shopping without a mask, four days after her government reintroduced mandatory face coverings in some places and on public transport.

The video, published on Saturday on the website of the Ekstra Bladet newspaper, was taken on Friday by a passer-by at a clothes shop in Copenhagen.

“It was simply an oversight after the new rules came into force,“ Prime Minister Mette Frederiksen said on social networks.

“I know it can happen to anyone. But ideally not me. So I obviously regret it and I want to thank you again for everything we are doing together to contain the epidemic.”

The incident heaps more pressure on the prime minister, who faces a parliamentary committee later this week investigating her decision to cull more than 15 million mink last year over fears of a mutated Covid strain.

The order was found to have no legal basis and led to a minister’s resignation.

The committee is now investigating if Frederiksen knew there was no law allowing her to impose the measure.

Denmark had been the world’s largest exporter of mink skins bred for their delicate fur, and the second largest producer after China. - AFP

3.Australia leaves door open for Djokovic to play at next year’s Open