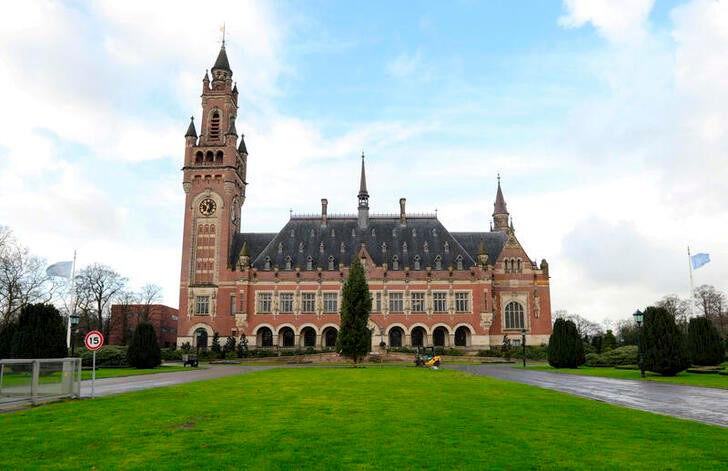 A general view of the International Court of Justice (ICJ) in The Hague, Netherlands. REUTERSPIX

THE HAGUE: Equatorial Guinea has reopened a bitter battle with France at the UN's top court over a confiscated Paris mansion and other assets, the International Court of Justice said.

One of the seized properties is a swanky building on the upscale Avenue Foch in Paris, which the ICJ had ruled in 2020 was not a diplomatic property and therefore eligible to be confiscated by France.

But Equatorial Guinea has now lodged a new case at the ICJ alleging the “crime of misappropriation of public funds” by France, the Hague-based court said late Friday.

The oil-rich but poverty-stricken nation asked the UN judges to block the sale by France of the mansion, which boasts a cinema, hammam and marble and gold water taps and has an estimated value of more than 100 million euros.

The request was made under a UN anti-corruption convention which Equatorial Guinea said France had breached, the ICJ said.

A new French law introduced in 2021 means assets seized in foreign corruption cases, like the mansion, can be redistributed to the people of the countries concerned.

French judges last year rejected the appeal by Teodorin Obiang, the son of President Teodoro Obiang, against a suspended prison sentence, 30 million euro ($30 million) fine and the confiscation of all assets seized in the investigation.

The mansion was at the centre of an earlier case filed by Equatorial Guinea in 2016 at the ICJ, which rules on disputes between UN member states.

Equatorial Guinea argued the building served as the country's embassy in France and that France had broken the Vienna Convention, which safeguards diplomats from interference by host countries.

But the UN court sided with France which said the building was merely Teodorin Obiang's residence with no diplomatic purpose.

The ICJ upheld France's objections that Equatorial Guinea had only tried to designate it as such after the investigation began into Obiang, and that the country already had an embassy in Paris.

The case against Obiang, whose father has ruled the country since 1979, was the most advanced of several opened in France against mainly African elites over ill-gotten assets. - AFP