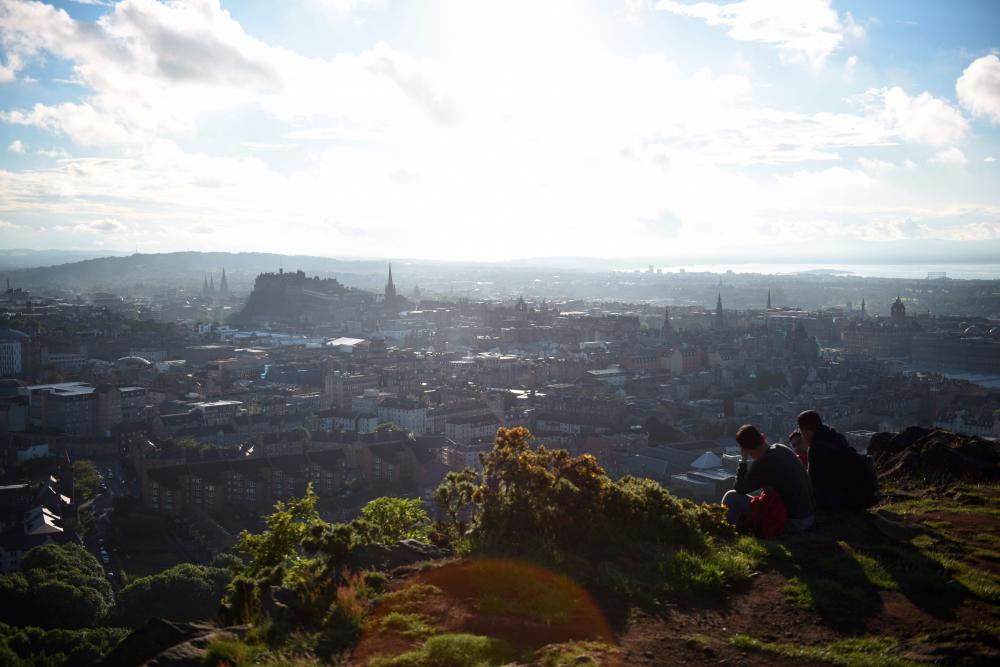 The view of Edinburgh city centre is pictured at sunset from Salisbury Crags in Holyrood Park, Edinburgh, Scotland on June 25, 2016. - AFPPIX

EDINBURGH: The Scottish capital Edinburgh publicly apologised on Thursday for its role in slavery and colonialism, the latest UK municipality to say sorry for gruesome aspects of Britain’s imperial past.

Edinburgh’s Lord Provost Robert Aldridge gave the apology at the start of the full council meeting in the City Chambers.

“As civic leader of the city and convener of the council, I apologise to all those who suffered profound physical and mental abuse from the city’s past involvement in colonialism and slavery,“ Aldridge said.

“The effects of colonialism and slavery are deeply embedded in the fabric of our city, in the buildings, in the institutions and even in the way that Edinburgh is laid out.

“We cannot deny the benefits that the city has accrued over the years from the exploitation of others and in particular the continent and peoples of Africa.”

The civic apology comes after an independent review panel studied the capital’s links with the slave trade and the culture of colonialism.

One of the recommendations of the Edinburgh Slavery and Colonialism Legacy Review Group was that the council should publicly acknowledge the city’s role in sustaining slavery and colonialism.

An apology to those places and people who suffered should be issued, it said. The review was led by Jamaican-born academic Geoff Palmer, who has campaigned on the issue.

It follows the City of Glasgow in March issuing an apology for its role in the Atlantic slave trade, saying the “tentacles” of money from the practice reached every corner of Scotland’s biggest metropolis.

A study of Glasgow’s links to slavery found that 40 out of 79 lord provosts or mayors from the city were connected to the slave trade between 1636 and 1834.

Some were in office while owning enslaved people.

Other UK cities, including Liverpool and London, have also issued apologies in recent years.

The Scottish reviews were set up in 2020 after the killing of George Floyd by a white police officer in the United States led to protests around the world. - AFP