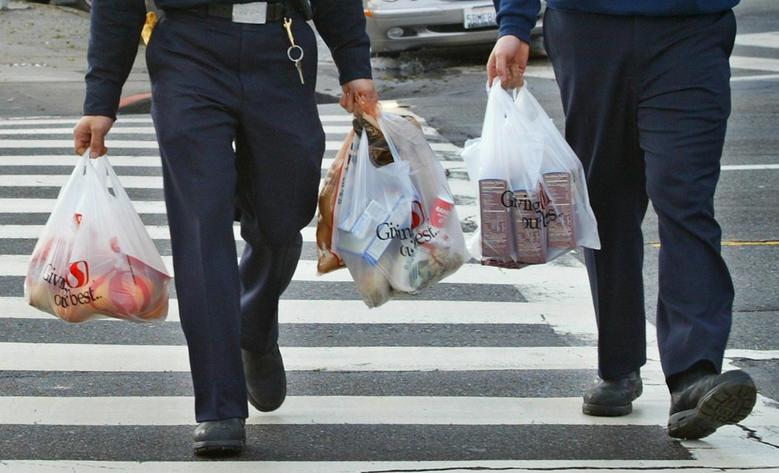 Supermarkets and other retailers will be barred from offering lightweight plastic carrier bags at their checkouts, including those now marketed as being biodegradable or being made from renewable sources instead of petroleum.

“The vast majority of Germans want this ban,“ said Environment Minister Svenja Schulze of the centre-left Social Democrats, introducing the initiative that she hopes to soon turn into law.

Breaches of the ban, set to take effect in the first half of next year, would threaten businesses with fines of up to €100,000 (RM460,750), according to a report by Bild newspaper.

Plastic pollution, especially in waterways and oceans, is a major ecological hazard as it injures or kills marine and bird life, fouls beaches and creates giant floating garbage patches in oceans.

Scientists warn that, as plastic slowly breaks down, the micro-particles enter food chains and end up in humans, with studies showing toxic traces in the waste of people in Europe and Asia.

Germany’s planned move follows the 2016 introduction of a voluntary commitment by the retail industry to no longer give plastic bags away for free.

This helped drive a decline in use from 68 plastic bags per capita then to 24 last year, said the ministry.

This is already better than the EU’s target of 40 bags per person per year by 2025.

Many retailers have already phased out plastic bags altogether as consumers have learnt to bring their own sturdy multi-use bags or nets when they go shopping.

The trade association HDE immediately criticised the planned ban, with its managing director Stefan Genth slamming it as “a clear breach of trust” by the government.

This should also cover paper bags, which degrade faster but still use up vast resources and energy in their production, green activists say.

The planned ban in 2020 does not cover the very thin tear-off plastic bags commonly found at supermarket fruit and vegetable counters.

The fear is that banning them would lead growers to pre-package fruits and greens in bulk in plastic, which could ultimately lead to more food wastage, the ministry said.

Under Germany’s planned law, a six-months transition period would allow retailers to reduce their remaining stocks before the prohibition takes effect. — AFP 1.LAFC ‘perfect for me’: Chiellini

4.Verstappen returns to the scene of the crash chasing first British GP win

5.Singer R. Kelly gets 30 years in jail over sex crimes