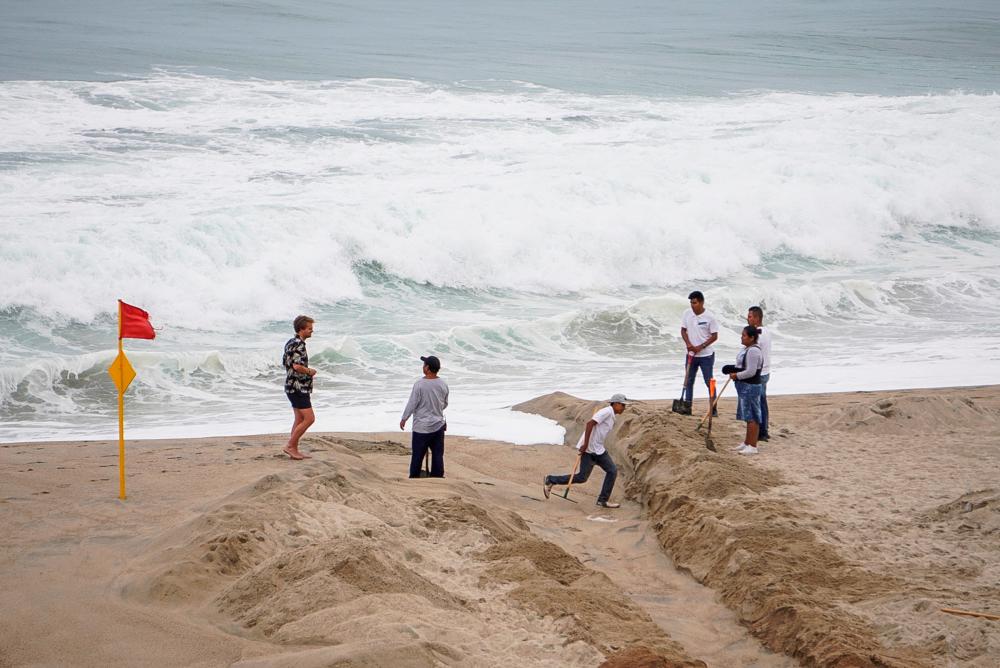 People chat with men working on the beach as Hurricane Agatha barrels toward the southern coast of Mexico, in Puerto Escondido, Oaxaca state, Mexico, May 29, 2022. REUTERSPIX

MEXICO CITY: The first hurricane of the Pacific season was rapidly strengthening off the southwestern coast of Mexico where it is likely to strike Monday as a major storm, the country's weather service warned.

High sea temperatures and Hurricane Agatha's slow speed could give it plenty of time to strengthen before it roars ashore, Alejandra Mendez, general coordinator of Mexico's National Weather Service (SMN), said in a videoconference.

As of Sunday night, Agatha was forecast to climb to a Category Three on the Saffir-Simpson scale, strengthening in intensity as it churned about 225 kilometers (140 miles) southwest of Puerto Angel, Mexico, according to a report by the US National Hurricane Center (NHC).

“It is forecast that the hurricane will probably make landfall as a Category Three between Puerto Escondido and Huatulco, Oaxaca,“ said Mendez, adding that she expected landfall Monday.

The NHC said the storm was “expected to bring an extremely dangerous storm surge and life-threatening winds to southern Mexico on Monday.”

Authorities in Oaxaca, Guerrero and Chiapas states encouraged preventative measures beginning on Saturday, asking residents to safeguard property near coastal areas and calling on the population to take shelter.

They also closed the ports of Oaxaca and Guerrero.

The popular surfing destinations of Puerto Escondido and Huatulco set up temporary shelters with a capacity to house 26,800 people and arranged for the potential accommodation of another 5,200 in local hotels.

Mexico is buffeted by hurricanes on both its Pacific and Atlantic coasts, generally between the months of May and November. - AFP