IMF to consider $1.3b in emergency funding for Ukraine 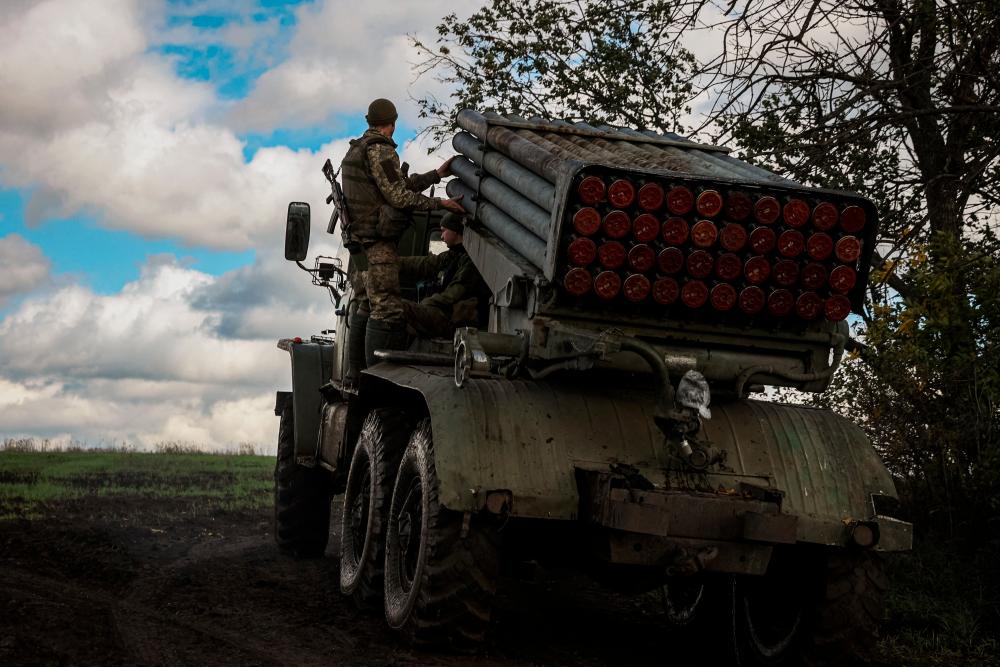 A crew of BM-21 'Grad' multiple rocket launcher move down a road at a position along the front line in Donetsk region on October 3, 2022, amid the Russian invasion of Ukraine. - AFPPIX

WASHINGTON: The International Monetary Fund’s (IMF) executive board will consider Ukraine’s request for $1.3 billion in additional emergency funding on Thursday as Russia’s war against the country continues, two sources familiar with the matter said.

IMF staff have prepared the necessary documents and believe Ukraine has received sufficient financial assurances from its global partners to meet the IMF’s debt sustainability requirements and qualify for further emergency funds, the sources told Reuters.

If approved, the funds would come from a new emergency lending program to address food shortages approved by the board last week.

IMF staff are slated to meet with Ukrainian authorities in Vienna the week of Oct. 17 for discussions about Ukraine’s budget plans and monetary policies, one of the sources said. The discussions will follow higher-level meetings to take place during next week’s annual meetings of the World Bank and IMF.

IMF officials have praised the Ukrainian government and its central bank for their management of the economic shocks caused by Russia’s invasion of the country in February.

The IMF provided $1.4 billion in emergency assistance to Ukraine in March, shortly after the war began.

Ukrainian officials are pressing for additional, non-emergency funds under a full-fledged IMF lending program, but such a program could come later. - Reuters