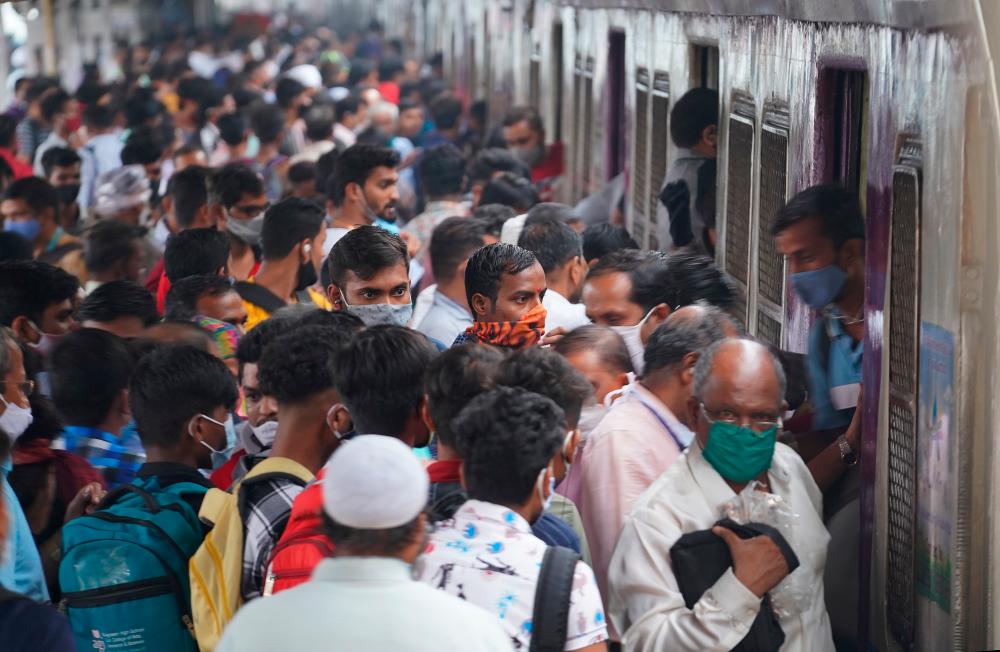 Commuters disembark from a suburban train at a railway station, amidst the coronavirus disease (Covid-19) pandemic, in Mumbai, India, December 1, 2021. REUTERSpix

The country, whose hospitals bore the brunt of a record second surge in infections and deaths in April and May due to the Delta variant, has seen new cases plateauing around 10,000 in the past few weeks.

But the detection of the Omicron variant in the southern state of Karnataka, in one person with no recent travel history, has raised concerns of a third wave of infections.

Some epidemiologists have said Omicron could be less lethal in India than the last Delta wave because of widespread previous infections and vaccinations.

“Healthcare institutions across the nation are running short of adequate workforce of resident doctors, with no admission in the current year yet,“ the Federation of Resident Doctors’ Association of India, which represents dozens of government hospitals, said in a letter to the health minister.

“With the possibility of a future Covid-19 pandemic wave looming large, the situation will be disastrous for the healthcare sector.”

The government has had to delay student admissions due to ongoing legal disputes including over reserving seats for the poor.

India has one of the worst doctor-to-patient ratios https://www.reuters.com/world/india/state-play-indias-healthcare-sector-exposed-by-covid-19-2021-11-17 in the world, but Prime Minister Narendra Modi said recently the country would churn out more doctors https://www.reuters.com/world/india/how-covid-19-became-boon-battered-indian-hospital-2021-11-17 in the next decade or so than the first 70 years of India’s independence.

At New Delhi’s Dr. Ram Manohar Lohia Hospital, students shouted “we want justice“, holding a banner and placards that said: “We are human, not robot.”

An aide for Health Minister Mansukh Mandaviya did not immediately respond to a request for comment.