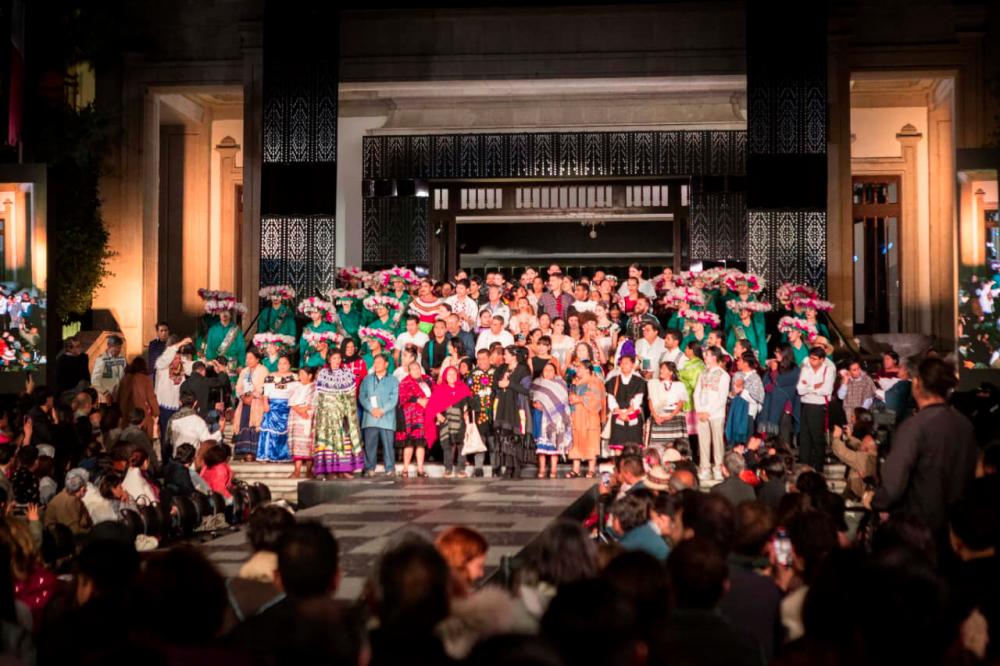 MEXICO CITY: Wrapped in colorful haute couture, artisans and indigenous designers took a Mexico City fashion event by storm, all while trying to carve out a sustainable future in an industry threatened by plagiarism, instability and lack of funds.

At Original, a government-led fashion week dedicated to traditional textiles, artists showcased their designs and confronted industry challenges under the slogan: “No bargaining, no plagiarism, no cultural appropriation.”

“We need people to understand this is not a mass process,“ Original board member Hilan Cruz, a backstrap loom artisan from Puebla state, told Reuters. “What we do takes time, and that time should be valued both economically and in terms of product value.”

“This work is inherited,“ he added. “It not only helps pay for our day-to-day life, it represents our people, our community, our space, our life vision.” Cruz said Original seeks to prevent plagiarism by raising awareness of the quality and detail of artisan fashion.

But financial troubles and problems competing with the large-scale fashion industry have caused artisan’s children - who would have historically been apprenticed into the trade - to seek out more stable work.

Peruvian Rosa Choque is the only artisan in her South American country to make designs based on her Chiribaya ancestors, some dating back 500 years. She has no successor.

Her two daughters have moved away and found other jobs as artisan work didn’t sell enough and was often not appreciated. Choque herself works a second job.

Meanwhile, Mexican artisan Rosa Gonzalez works with her son. “He is the one who comes up with the ideas, I shape them and put them together,“ she said, pointing to inspiration from regional wildlife.

The family used to make art canvases but moved to clothing because it was easier to sell.

“With our designs anyone can wear an haute couture dress for gala parties, graduations. We have even made them for brides,“ Gonzalez said.

But lack of funds has been stifling innovation and preventing designers from investing in better production.

“I wanted to be modern while still maintaining my culture,“ Peruvian designer Licet Alvarez told Reuters, wearing face paint and a beaded Kitsarenchy, a traditional costume of the Anaro people of Peru’s central highlands. “But sometimes we don’t have access to the necessary materials.”

Brands can use pre-Hispanic or native designs, he said, but “there has to be recognition of their intellectual work, creativity and no plagiarism.” - Reuters