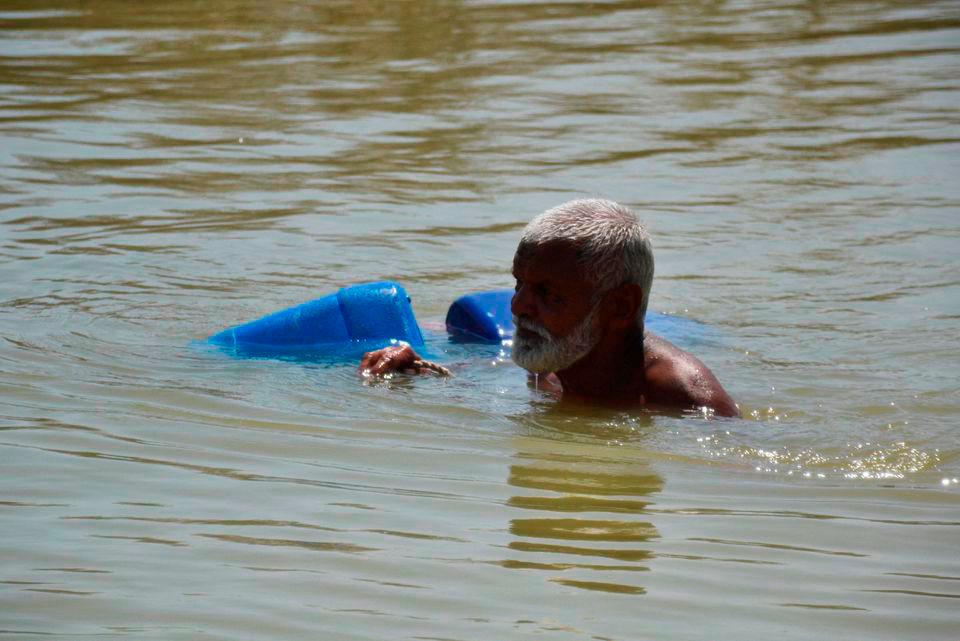 A man, displaced because of the floods, wades through flood water to fill the canisters, following rains and floods during the monsoon season in Sehwan, Pakistan September 20, 2022. REUTERSPIX

JAKARTA: President Joko Widodo (Jokowi) provided US$1 million in humanitarian aid in addition to several goods to help Pakistani residents reeling from the impacts of floods and landslides, reported Antara.

“The Indonesian government provides humanitarian assistance in the form of approximately US$1 million in cash assistance as well as goods assistance that we will send today,“ Jokowi stated at the Halim Perdana Kusuma Air Base Base Ops, here, Monday.

The head of state remarked that the aid will be dispatched aboard two planes in the first phase.

“The first phase will consist of two planes sending items of basic need, such as tents, clothes, blankets, sleeping bags, generators, as well as medicines and medical materials,“ he stated.

Jokowi is optimistic that this assistance would help people in Pakistan to recover quickly and return to their activities.

In addition, the Indonesian government will provide assistance by deploying health workers to offer medical services to Pakistani citizens affected by the disaster, Jokowi remarked.

“We will also assist health workers to help Pakistani people, in line with the request from the Pakistani government,“ he remarked.

The humanitarian aid was readied by the National Disaster Mitigation Agency (BNPB) based on President Jokowi’s directive. Head of BNPB Lieutenant General Suharyanto had reviewed the quality and quantity of the prepared assistance to ensure it is adequate and in accordance with the needs of the victims.

Floods and landslides that struck Pakistan since the end of August 2022 have had a wide impact on the country in the form of damage to agricultural land, schools, houses, and infrastructure, and forced around 800 thousand people to flee.

The Pakistani government has declared a state of emergency and deployed the military to deal with the major disaster caused by heavy rains.

Some of Pakistan’s worst-affected provinces include Balochistan and Khyber Pakhtunkhwa provinces. - Bernama