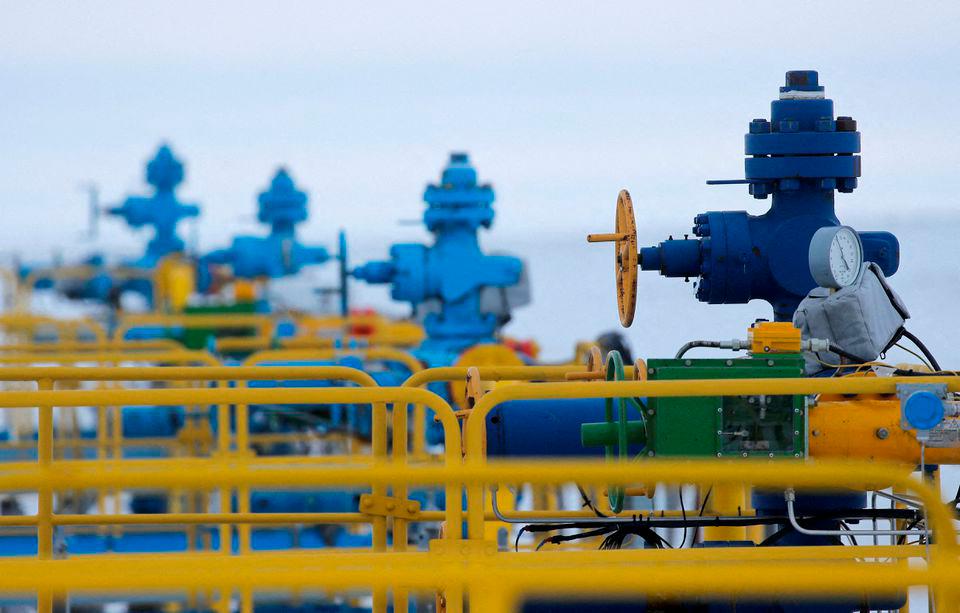 A view shows gas wells at Bovanenkovo gas field owned by Gazprom on the Arctic Yamal peninsula, Russia May 21, 2019. REUTERSPIX

TOKYO: Japan’s energy “interests must not be undermined”, Tokyo said Friday, after Moscow issued a decree transferring operations of a key oil and gas project to a new Russian company.

Japanese trading houses Mitsui and Mitsubishi Corp own 12.5 and 10 percent stakes respectively in the Sakhalin-2 project, but the future of their investments appears uncertain after the Russian move.

The decree calls for the establishment of a new Russian operator and requires existing foreign shareholders to apply for the right to participate in the new firm, with Moscow deciding on their inclusion.

“Speaking generally, we believe our resource interests must not be undermined,“ he added, declining to give further comment.

Later Friday, Prime Minister Fumio Kishida said the government did not think the decree “will immediately stop LNG imports,“ on which Japan is heavily dependent.

“We think we need to carefully monitor how the decree will affect our contract,“ he told reporters.

“In the mid-to-long term, we will do everything we can to ensure a stable supply of energy, including through alternative procurement from LNG suppliers other than Russia, buying from the spot market, and reducing demand when necessary,“ Koichi Hagiuda told journalists.

He said Japan would also look into boosting renewable and nuclear energy, which remains controversial in the country after the 2011 Fukushima disaster.

The Russian decree says the move is a reaction to the “unfriendly actions” of countries that are imposing “restrictive measures” on Russia over its invasion of Ukraine.

It warns the Russian government will carry out a “financial, environmental and technical audit” of foreign stakeholders and identify any “damages” they have caused.

Those accused of such damages may be obliged to pay unspecified compensation, it adds.

Energy resource-poor Japan relies heavily on LNG imports and had previously ruled out withdrawal from the Sakhalin-2 project despite joining Western-led energy sanctions on Russia over the invasion of Ukraine.

Spokesmen for Mitsubishi and Mitsui would say only that the firms were examining the details of the decree in coordination with the government.

The other major stakeholder in the project is oil giant Shell, which has already committed to selling its 27.5 percent stake.

Japan is heavily dependent on imported fossil fuels, in part because many of its nuclear reactors have been offline since the Fukushima disaster.

Russia supplies nearly nine percent of Japan's LNG demands, with Australian exports accounting for about 40 percent of the market.

Japan is currently sweltering through a record heatwave and the government has warned several times in recent days of a power crunch in the Tokyo region.

On Friday, it began a three-month period in which it is asking residents to conserve power, with fears of shortages during the summer heat. - AFP