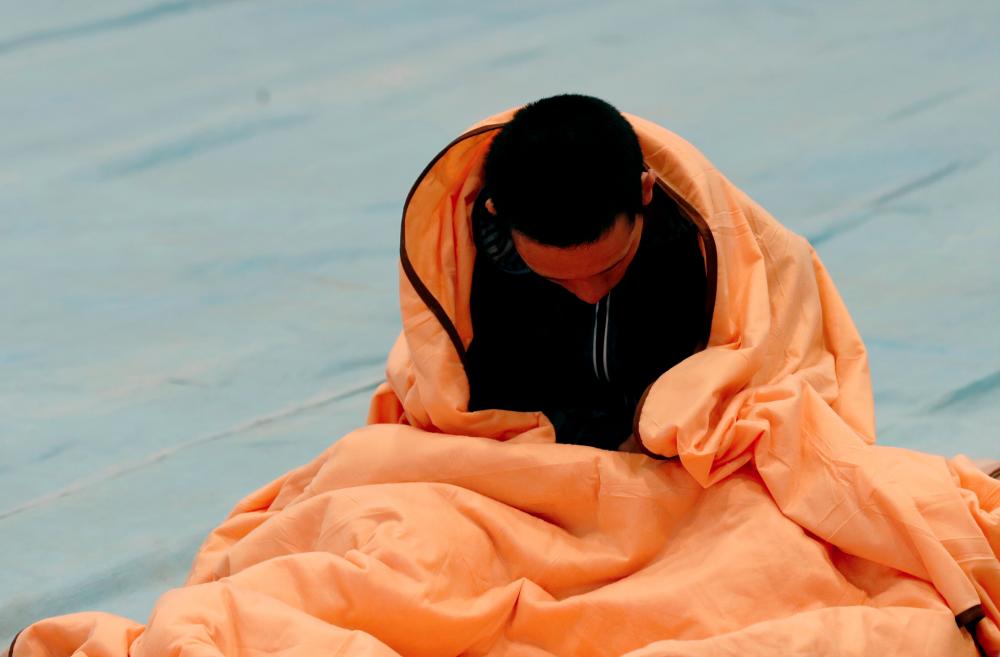 A man rests in an evacuation centre, in the aftermath of Typhoon Hagibis which caused severe floods, in Nagano Prefecture, Japan, Oct 14, 2019. — Reuters

TOKYO: A Japanese evacuation centre turned away two homeless people as a deadly typhoon approached on the weekend, prompting widespread criticism and a promise from the prime minister on Tuesday that it would not happen again.

Staff at the evacuation centre at a school in Tokyo’s Taito ward refused to let the two in on Saturday because they did not have addresses in the area, a ward official said. Staff told them the shelter was only for ward residents, he said.

“The wind was strong and it was raining, and I wanted them to let me in,“ a 64-year-old man homeless man told the Asahi newspaper.

He said he had arrived at the evacuation centre in the morning and was asked to write down his name and address. When he said he had an address in the northern island of Hokkaido, he was refused entry because he was not a resident of the ward.

The man spent the night under a plastic umbrella, partially shielded beneath the eaves of a building, the newspaper said.

Another homeless man was also turned away when he visited the centre in the afternoon, the newspaper said.

No deaths were reported in Tokyo but Typhoon Hagibis, which made landfall on Saturday evening, killed at least 66 people elsewhere, with the death toll expected to rise as rescuers searched for the missing.

Social media lit up with criticism of the ward, with many people denouncing its actions as a violation of human rights.

“Is this a country that’s going to host the Olympics in Tokyo?” one man with the handle @G_takatoshi asked on Twitter.

“People from abroad would see this and think this is a terrible country.”

Prime Minister Shinzo Abe, asked by an opposition member of parliament about the incident, said evacuation centres should welcome everyone.

“Evacuation centres should let anyone in who has come to evacuate,“ he told parliament.

“We will look into the facts and take appropriate measures.”

Taito ward said it would review its procedures to help people without addresses in the ward. — Reuters