Kazakh ex-president says family not above the law 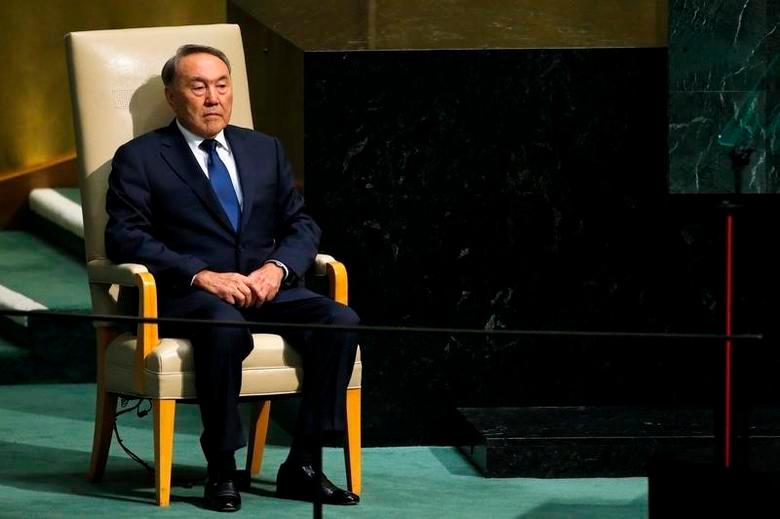 FILE PHOTO: Nursultan Nazarbayev, President of Kazakhstan waits to address attendees during the 70th session of the United Nations General Assembly at the U.N. headquarters in New York, September 28, 2015. REUTERSPIX

NUR-SULTAN: Kazakhstan's ex-president voiced support for his successor and said his family should not be above the law in an interview published Monday, his first since lethal unrest earlier this year.

Nursultan Nazarbayev, 81, whose reign as president began when Kazakhstan was still a Soviet republic and who wielded influence even after stepping down in 2019, has kept a low profile since bloody clashes left more than 230 people dead in January.

The unrest fuelled rumours of a power struggle between some close to Nazarbayev and his hand-picked successor, President Kassym-Jomart Tokayev.

Several Nazarbayev allies were ousted from top positions because of the clashes and one of his nephews was arrested in March on embezzlement charges.

But Nazarbayev said he had given “every support” to Tokayev’s initiatives since the former diplomat came to power and would “again support” his policies during a referendum on constitutional changes on Sunday.

Nazarbayev is set to lose his special “Leader of the Nation” status with the changes -- a role that observers viewed as a check on Tokayev’s capacity to make policies independently.

In written responses to questions from a political scientist that were republished by several Kazakh media outlets, Nazarbayev also said he would not oppose criminal investigations into his relatives.

“If any of my relatives used my name behind my back as a cover for breaking the law, then they should be held accountable,“ he said.

Tokayev has portrayed his constitutional reform as a shift away from the “super-presidential” model established by Nazarbayev and has pledged to tackle economic inequality that he said became a threat to stability under the founding president. - AFP