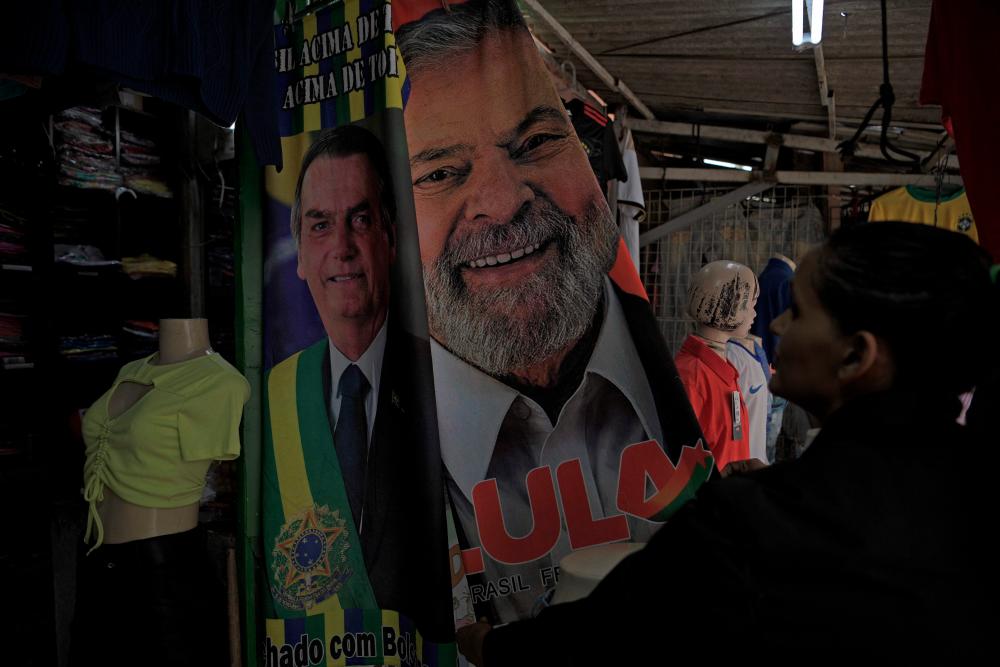 Lula climbed two percentage points from the prior week -- now polling at 47 percent, up from 45. Bolsonaro, meanwhile, remained at 33 percent both weeks, according to the latest poll from the Datafolha institute.

If Lula gathers 50 percent of the vote (not including blank or null ballots) he will be able to call victory in the October 2 first round.

The survey's margin of error is plus or minus two percentage points and analysts continue to predict a second vote as the most likely outcome.

Nonetheless in recent days “an environment favorable to a victory in the first political round has arisen,“ Adriano Laureno, a political analyst at Prospectiva consulting firm told AFP.

The two candidates are running in Brazil’s most polarized presidential race in decades: Lula, a leftist who led the country from 2003 to 2010, is popular but tarnished by a corruption scandal, while the tactics of far-right Bolsonaro have earned the current president the nickname “Tropical Trump.”

If the election does advance to a second round it will be held on October 30. - AFP