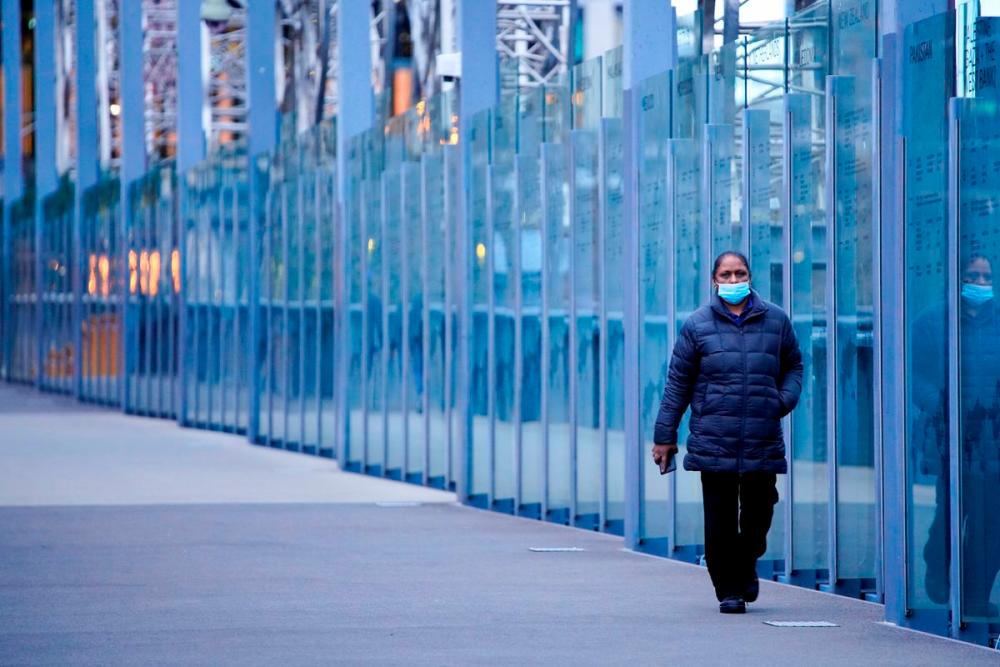 A woman wearing a protective face mask walks along a deserted city bridge during morning commute hours on the first day of a lockdown as the state of Victoria looks to curb the spread of a coronavirus disease (Covid-19) outbreak in Melbourne, Australia, July 16, 2021. REUTERSpix

SYDNEY: Millions in Melbourne are readying to come out of the world’s longest Covid-19 lockdown on Thursday night after Victoria state hit a key vaccination target, with pubs, restaurants and cafes racing to reopen their doors to fully vaccinated customers.

Melbourne’s residents have been enduring their sixth pandemic lockdown since early August to quell an outbreak fuelled by the Delta strain. Authorities ramped up the state’s immunisation drive before easing curbs, even as daily cases continue to hover near record levels.

By Friday, the city of five million would have spent a cumulative 262 days, or nearly nine months, under stay-home orders since March 2020 - the world’s longest, exceeding a 234-day lockdown in Buenos Aires, according to Australian media.

Officials had promised to lift lockdowns once double-dose vaccinations for people aged above 16 exceeded 70% in Victoria. Prime Minister Scott Morrison on Thursday confirmed reaching that target, and more restrictions will ease as inoculations hit 80% and 90%.

“The longest road has been journeyed in Victoria and that long road really starts to open up tonight,“ Morrison told Seven News on Thursday.

From 11:59 p.m. (1359 GMT) Thursday, pubs and cafes can have 20 fully vaccinated patrons indoors and 50 outdoors, while hairdressers can allow entry for five customers.

As businesses prepare to welcome customers, daily infections rose to 2,232 in Victoria on Thursday, the second highest in the pandemic and the majority in state capital Melbourne, not far from the 2,297 hit a week ago.

Australia has ditched its Covid-zero approach and is gradually moving towards normality as vaccinations surged after being rocked by a third wave of infections since mid-June from the Delta variant.

Sydney and Canberra, the national capital, exited lockdowns last week after speeding through their vaccination targets. Other states are Covid-free or have very few cases.

Cases in New South Wales, home to Sydney, rose for the third straight day on Thursday to 372 from 283 a day earlier.

Despite the Delta wave, Australia has recorded only about 152,000 cases and 1,590 deaths, far lower than many comparable countries. — Reuters

2.Carrick has enjoyed his hasty challenge at Man United

4.BNM, all banks remain open, operating as usual on Friday

5.Police look for driver of car on bike lane of Federal Highway