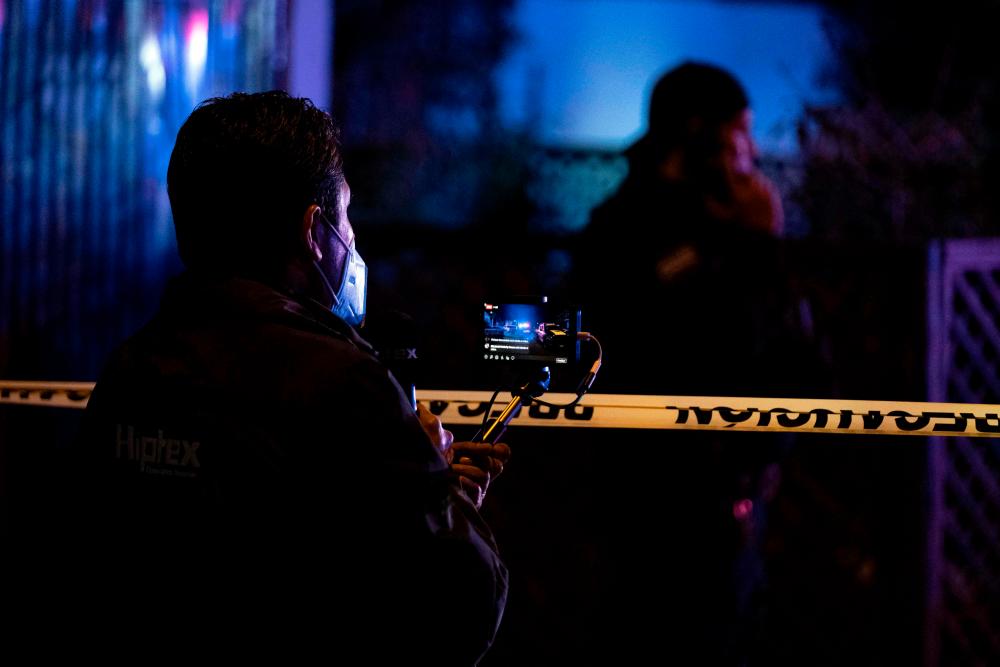 MEXICO: A journalist was killed in Tijuana Sunday, the second media worker murdered in less than a week in the northern Mexican city bordering the United States.

Lourdes Maldonado was “attacked with a firearm while she was in a vehicle,“ said the Baja California state prosecutor’s office.

Mexico is one of the world's deadliest countries for reporters.

Media rights watchdog Reporters Without Borders (RSF) ranks it alongside Afghanistan and Yemen as the world's most dangerous places for news media.

Maldonado had worked for several outlets, including Primer Sistema de Noticias (PSN), which is owned by Jaime Bonilla Valdez, who was governor of Baja California from 2019 to 2021.

She won a lawsuit a few days ago against PSN, which she had been suing for years over unfair dismissal.

In 2019, Maldonado had asked Mexican President Andres Manuel Lopez Obrador for “support, help and justice” as she feared for her life.

“I have been on trial for six years with him,“ she added about the governor, during one of Obrador’s press conferences.

Lopez Obrador offered his condolences to Maldonado’s family on Monday, saying her murder “hurts a lot.”

He said that following her plea at his press conference, the government had maintained communication with Maldonado and “she was helped and promised that her request would be dealt with.”

The president said it would be irresponsible to link the murder to the labor dispute before an investigation is completed.

'No one to stop them'

Balbina Flores, a Mexico representative of watchdog RSF, told AFP that “it remains to be confirmed” whether Maldonado had official protection.

These crimes “send the message that journalists are killed and nothing happens because there is no one to stop them,“ she said.

The Committee to Protect Journalists called on local authorities to “thoroughly and transparently investigate the attack.”

The NGO’s representative in Mexico, Jan-Albert Hootsen, said he was “shocked and horrified by four brutal attacks on journalists in Mexico in barely two weeks,“ including a non-fatal knife attack on a media worker in Merida, Yucatan state.

On Monday, photojournalist Margarito Martinez was found dead near his home in Tijuana.

The 49-year-old, who specialized in news related to the police, had a gunshot wound to the head, according to prosecutors.

Authorities were also urged to investigate an attack earlier this month that led to the death of journalist and social media activist Jose Luis Gamboa in the eastern state of Veracruz.

Gamboa was taken to the hospital on January 10 after he was stabbed and left lying in the street.

It was unclear if the killing was related to his work.

At least seven journalists were murdered in Mexico in 2021, according to an AFP count, although it has not been determined if all the killings were linked to their reporting.

More than 100 journalists have been murdered since 2000 in Mexico and only a fraction of the crimes have resulted in convictions.

The killings were condemned Monday by UN Secretary-General Antonio Guterres, who extended his condolences to Maldonado's family.

“We call on Mexican authorities to strengthen the protection of journalists, in particular, to take further steps to prevent attacks on them, including by tackling threats and slurs aimed at them,“ said UN spokesman Stephane Dujarric. - AFP