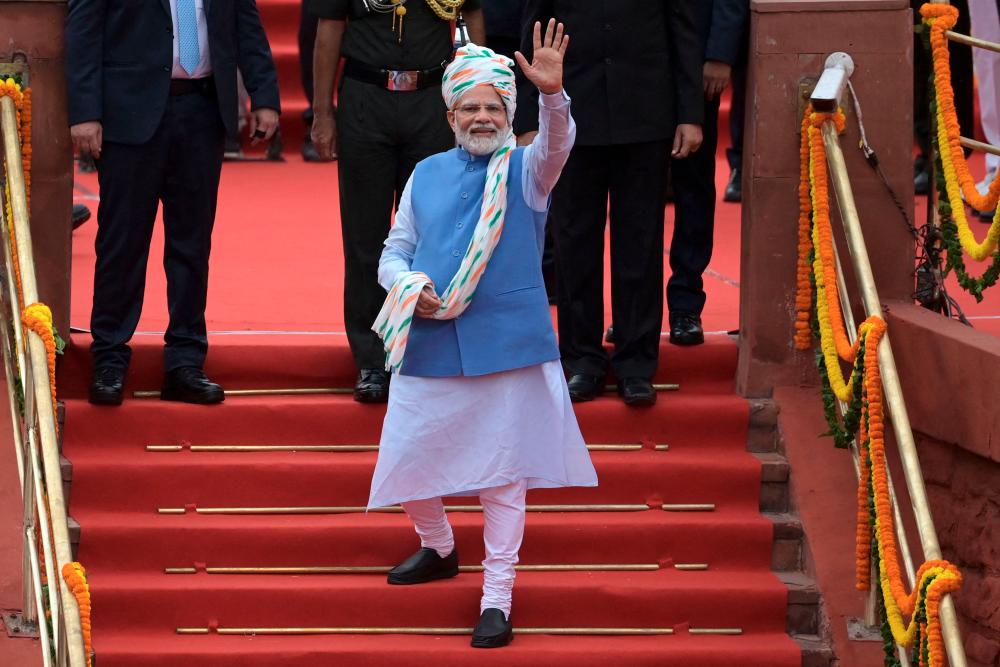 Delivering a speech on the occasion of India’s Independence Day, Modi called on the youth to work for the lofty national goal.

“We must turn India into a developed country in the next 25 years,“ he said.

The Indian prime minister said it will be “human-centric” development based on people’s hopes and aspirations.

Modi stressed the nation of more than 1.3 billion people has to reduce its dependence on other countries for manufactured goods and energy supplies.

Apart from achieving the developed country status, Modi’s key pledges for the 25-year period until 2047, the centenary year of India’s Independence from Britain, include removal of “any trace of colonial mindset”.

At present India is a low-income country, with a per capita income of US$2,277 in 2021, according to the World Bank. - Bernama