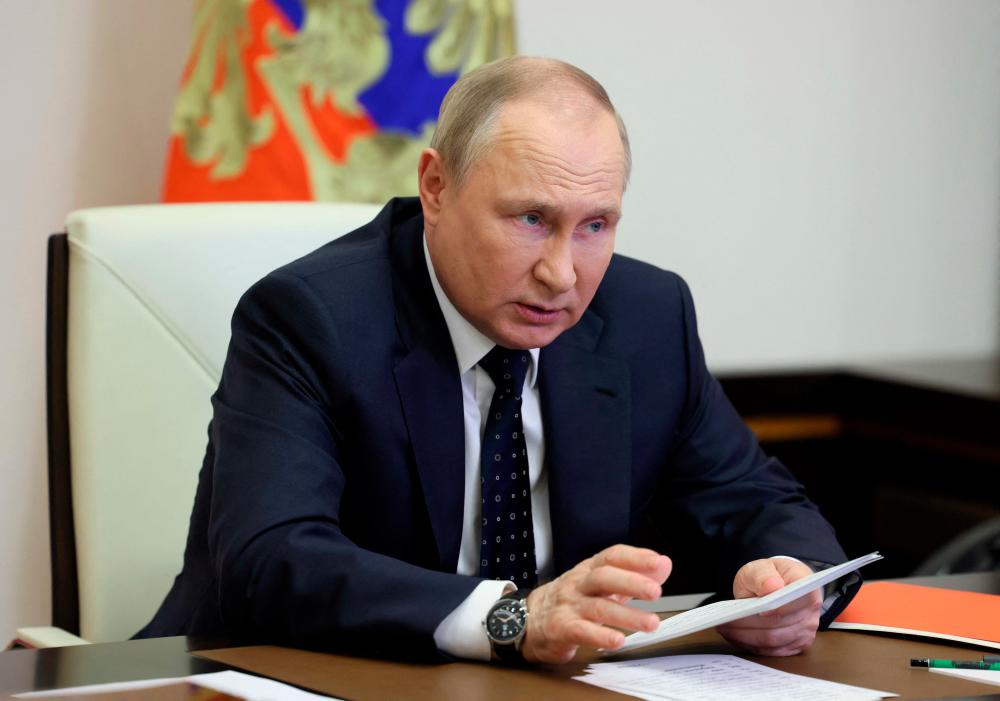 Russian President Vladimir Putin chairs a Security Council meeting via a video link at the Novo-Ogaryovo state residence outside Moscow on May 20, 2022. AFPPIX

“We are going to study the possibility,“ said Leonid Slutsky, a senior member of Russia’s negotiating team on Ukraine, speaking from the separatist city of Donetsk in southeastern Ukraine, the RIA Novosti news agency reported.

Medvedchuk, 67, is a politician and one of Ukraine's richest people and is known for his close ties to Putin.

He escaped from house arrest after Russia's invasion of Ukraine in February but was re-arrested in mid-April.

On Friday the Russian army announced that the last defenders of the strategic port city of Mariupol, in southeastern Ukraine, had surrendered after holding out at the Azovstal steelworks for weeks.

Among the Ukrainian fighters who gave themselves up to the Russian troops were members of the Azov regiment, a former paramilitary unit which has integrated into the Ukrainian armed forces.

Russia describes the unit, which has previous links to far-right groups, as a neo-Nazi organisation.

On May 26, the Russian Supreme Court is scheduled to consider a request to classify the Azov regiment as a “terrorist organisation,“ which could complicate an exchange of these prisoners.

Denis Pushilin, leader of the Donetsk separatists, said Saturday that the Ukrainian soldiers who defended the Azovstal plant should be put on trial.

“I believe that a legal case is inevitable: justice must prevail,“ said Pushilin, quoted by Ria Novosti at the same news conference at which Slutsky spoke. - AFP