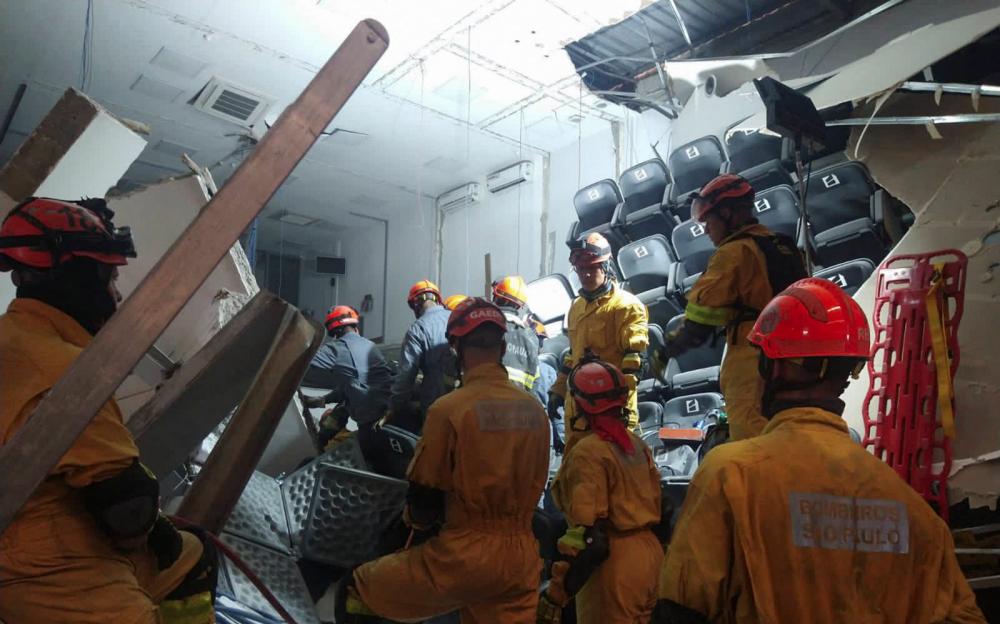 SAO PAULO: At least nine people were killed and as many as 28 injured Tuesday when part of a container depot collapsed in Brazil’s southeastern state of Sao Paulo, the fire department reported.

The incident occurred in the city of Itapecerica da Serra, at a depot belonging to Multiteiner, a company that sells and leases containers to businesses that export goods.

About 64 employees were in a meeting at the depot when a platform collapsed, according to fire department spokesperson Luciana Soares, who added that rescue workers were sifting through the rubble to help the victims, Xinhua reported.

The incident took place as two candidates for deputy seats, Jones Donizette and Ely Santos, were visiting the facility on a campaign trail in the lead-up to the Oct 2 elections.

“As they were saying goodbye to the workers, part of the concrete structure broke and they were trapped in the rubble,“ a press team for the candidates posted on social media. - Bernama