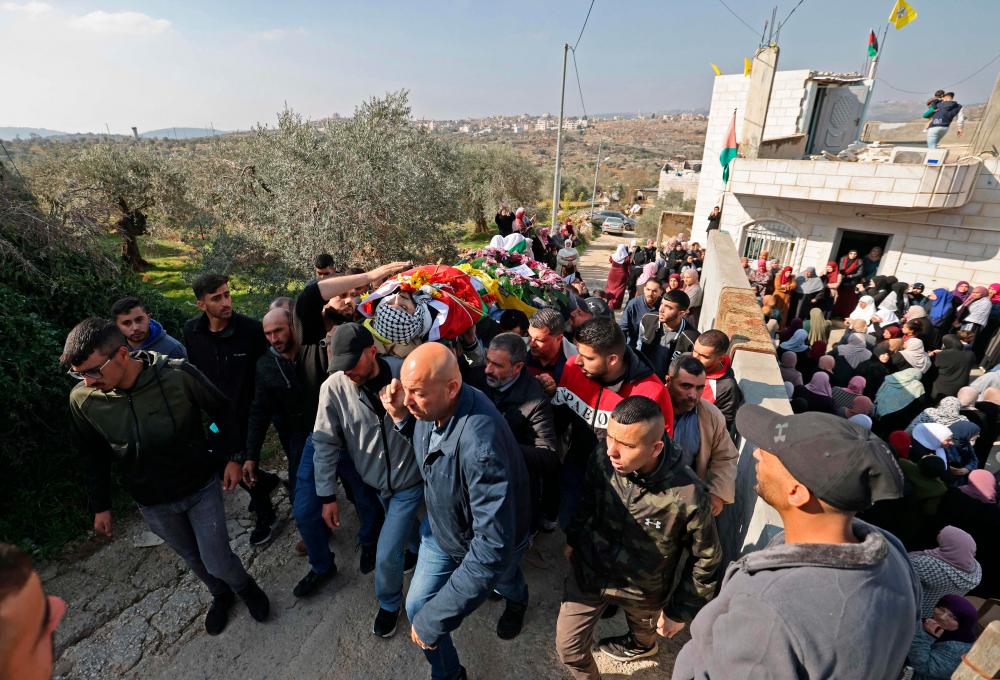 Palestinian mourners attend the funeral procession of Muhajid Mahmoud Hamed, in the village of Silwad, in the Israeli-occupied West Bank, on December 8, 2022. AFPPIX

ISTANBUL: The Organisation of Islamic Cooperation (OIC) on Thursday condemned the killing of three Palestinians by Israeli forces in the occupied West Bank city of Jenin, Anadolu Agency (AA) reported.

In a written statement, the OIC asserted that the crimes and ongoing attacks committed against the Palestinian people should be investigated and that Israel should be held accountable.

It also called on the international community and the United Nations (UN) to “prevent Israel’s ongoing attacks and provide international protection to the Palestinian people.”

“It is no longer enough to condemn the attacks of Israeli forces,“ Abu Ali said in a written statement.

He stressed that Israel committed crimes against Palestinians daily, including “execution, detention, demolition of houses and intimidation of innocent civilians.”

Abu Ali also called on the international community to intervene, put an end to the attacks, and hold Israel accountable for its crimes.

The Al-Quds Brigades, the military wing of the Islamic Jihad Movement, said it injured some Israeli soldiers near the Jenin refugee camp. - Bernama 5.Two arrested for killing six, including baby, in California