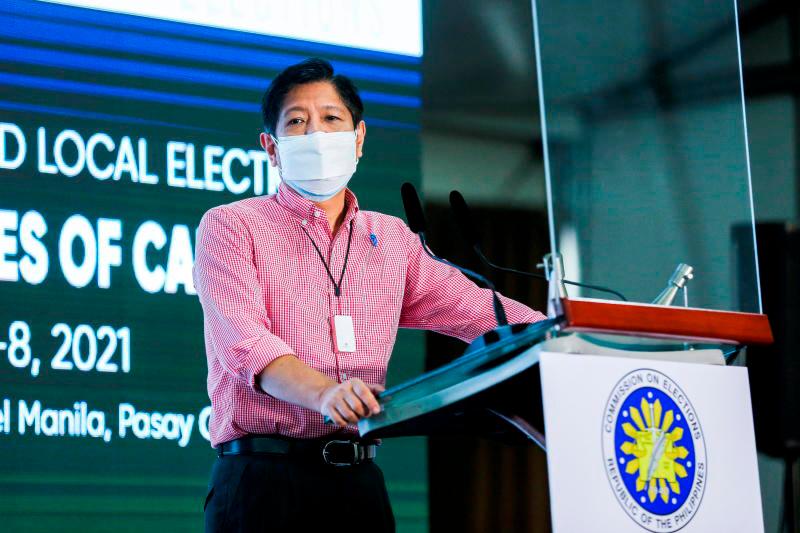 MANILA: The Philippines’ election commission on Monday threw out a petition seeking to bar the son of the late dictator Ferdinand Marcos from running in this year’s election, one of several complaints filed in an attempt to derail his presidential bid.

The petition had sought to invalidate the candidacy of Ferdinand Marcos Jr (pix), who has emerged as a clear favourite, after accusing him of misrepresenting his eligibility because of a prior tax conviction.

But the second division of the Commission on Elections (COMELEC) dismissed the complaint, lawyers in the petition said.

“The Second Division ruled that there was no grounds to cancel Marcos Jr’s COC (certificate of candidacy) on the grounds of material representation,” the lawyers said in a statement.

The lawyers said they will file a motion for reconsideration with COMELEC with a full bench of judges.

The complaint is among several filed by groups seeking the expulsion of Marcos, a career politician who has served as congressman, senator and a provincial governor, mostly over a 1995 conviction for tax violations while in public office, which petitioners had argued meant a lifetime election ban.

The other petitions are pending with COMELEC’s first division.

“We thank the Commission on Elections for upholding the law and the right of every bona fide candidate like Bongbong Marcos to run for public office free from any form of harassment and discrimination,” Marcos’s spokesman, Vic Rodriguez said in a statement, referring to the candidate’s nickname.

The election to choose a successor to Rodrigo Duterte, who is barred by the constitution from a second term, takes place on May 9.