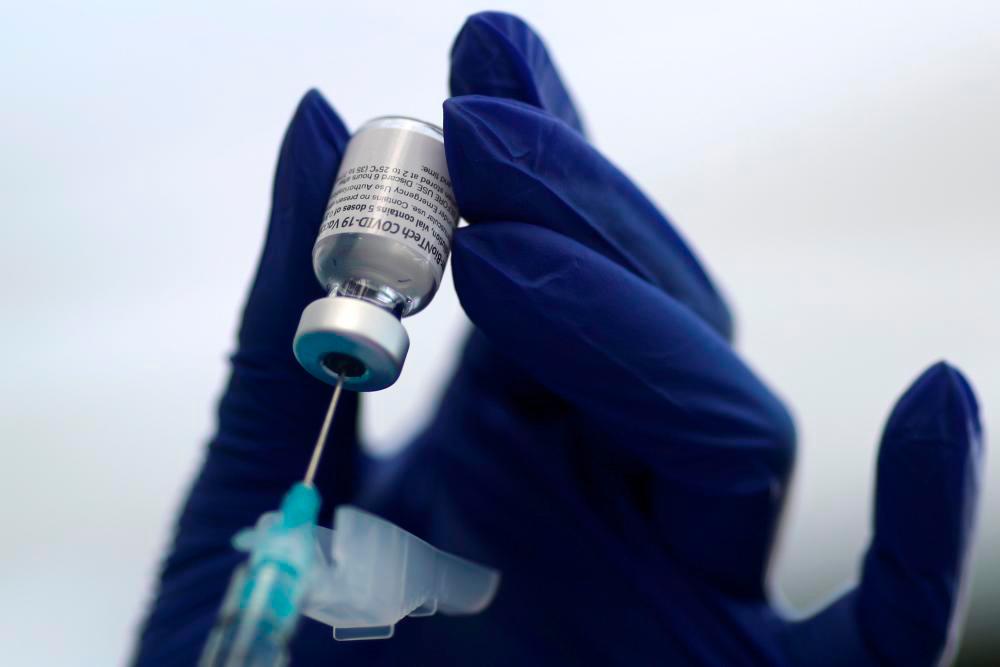 MANILA: The Philippines will buy an additional 20 million doses of the Covid-19 vaccine developed by Pfizer Inc and BioNTech SE, seeking to fully inoculate more than 80% of its population by mid-2022, a government official said on Sunday.

A deal has been signed with Pfizer, bringing the government’s total purchases of the Pfizer-BioNTech vaccine to 60 million doses, said Carlito Galvez Jr, who is in charge of the Southeast Asian country’s Covid-19 vaccine procurement.

The additional Pfizer-BioNTech doses will be used as booster shots and for paediatric vaccinations, Galvez said at a virtual media briefing a day before the start of a downscaled three-day national inoculation drive https://www.reuters.com/world/asia-pacific/philippines-cuts-target-ambitious-three-day-vaccination-sprint-2021-11-27.

BioNTech said on Friday it expects more data on the Omicron https://www.reuters.com/world/concerns-over-covid-variant-trigger-more-travel-curbs-southern-africa-2021-11-27 coronavirus “variant of concern” within two weeks to help determine whether its vaccine produced with Pfizer would have to be reworked.

Galvez said the country has now received about 142 million doses of vaccines via purchases and donations. The Philippines has so far fully inoculated more than 35 million individuals, or about 46% of the targeted population, he said.

The government’s goal is to inoculate 54 million Filipinos by year-end, or 70% of the targeted population, Galvez said.

Galvez said the government was looking to expand the coverage of booster shots, which currently is limited to healthcare workers and senior citizens, to include government personnel and “economic frontliners” starting next month.

The Omicron variant has not yet been detected in the Philippines, which has suspended inbound flights from South Africa, Botswana, Namibia, Zimbabwe, Lesotho, Eswatini and Mozambique until Dec. 15. — Reuters