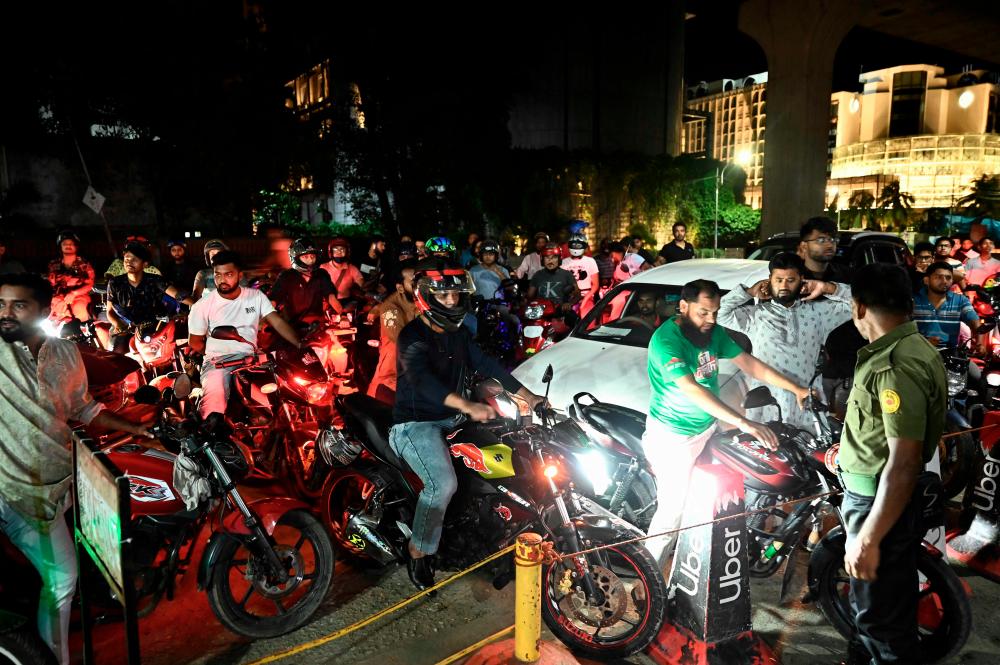 Bangladeshis queue at a gas station in Dhaka after government has increased fuel oil price in Bangladesh on August 5, 2022. AFPPIX

DHAKA: More than 20 students were injured Sunday evening in the Shahbagh neighborhood of Bangladesh’s capital when police charged them with batons while they were protesting against a massive hike in fuel prices.

An alliance of left-leaning student organisations has been protesting in Dhaka since midnight Friday after the government raised fuel prices by nearly 52 per cent, the highest level since the country attained its independence, according to Anadolu Agency.

The government made the move at a time when the country is going through a critical period, with inflation already hovering above 7 per cent and sharp increases in the prices of staple commodities such as rice and salt, it added.

A number of opposition parties including the Bangladesh Nationalist Party (BNP) and members of socio-economic organisations have been holding a series of protest rallies in the last couple of weeks over the price hikes.

Student leaders of the leftist alliance said that due to the fuel price hike, the prices of all other commodities and the costs of basic services including transportation have already risen to alarming levels.

“Around 25 of our workers have been injured and the condition of five of them is critical. The police aggressively charged us with batons. They even hit us with the back of their rifles,” Salman Siddiki, general secretary of the Socialist Students’ Front, told Anadolu Agency.

He noted that they are concerned following such a “cruel” response from the police against a democratic program in the public interest.

“With fuel prices declining in the global market, the price hike in Bangladesh is totally unethical. We will continue our movement until the government is compelled to pay heed to our demands,” Siddiki added.

Police, however, declined to comment on the allegations of the students.

“I am not permitted to comment on this issue by my higher authorities. I am also not the authorised person to talk to the media,” the chief of the Shahbagh police station told Anadolu Agency.

He added that according to the orders of the authorities, they act to protect the lives and properties of the general public. - Bernama