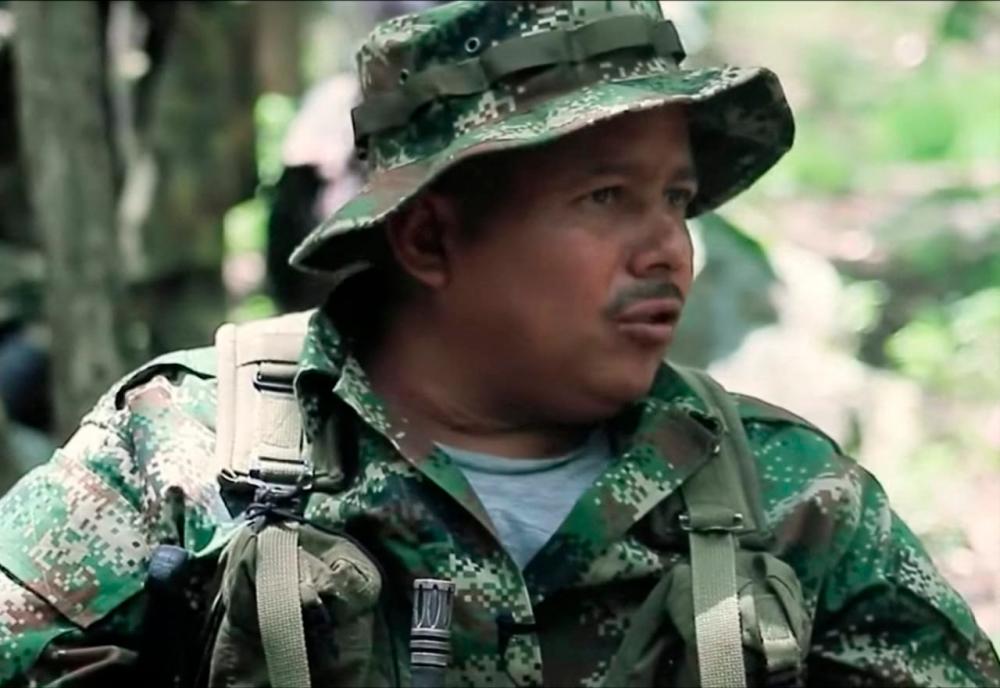 One of the top commanders of FARC rebel dissidents who walked away from the 2016 peace process was killed in a military operation in southwestern Colombia, President Iván Duque announced on January 24, 2022. AFPPIX

BOGOTA: The commander of a rebel splinter group that rejects a 2016 peace deal in Colombia has been killed in a clash with the military, the country's president said Monday.

President Ivan Duque announced in a statement that Euclides Espana -- alias Jhonier -- had been “neutralized.”

“This is one of the greatest blows that has been dealt the FARC dissidents. And we are talking about a criminal with more than 25 years of murderous and criminal record,“ the president said in a public statement.

“FARC” refers to the Revolutionary Armed Forces of Colombia, which until 2016 had waged more than half a century of armed conflict against the state.

That year they signed a pact to end the fighting -- but dissident members of the group have splintered off.

Jhonier, whose age has not been revealed, coordinated several of the dissident organizations that are commanded by Gentil Duarte and Ivan Mordisco, two of Colombia's most wanted men.

He was listed as a terrorist by the United States and the Colombian government had offered $755,000 for information leading to his arrest.

Short and stocky, Jhonier was unknown to the public until he gave an interview in 2020 about the splinter group's expansion that was published in the newspaper El Espectador.

A photograph of the dissident leader showed him dressed in camouflage and carrying a rifle. He described himself as a member of “the true armed resistance that did not go to Havana,“ the site of the peace process that led to demobilization of some 13,000 men and women.

Jhonier fell in an action by military troops with the support of the police in the municipality of Tacueyo, in the department of Cauca, the military said.

“We used state-of-the-art technology for intelligence (...) and our best troops so that they could advance mainly at night and that is how today, around 3:00 in the afternoon, this symbol of evil was neutralized,“ said General Luis Fernando Navarro, commander of Colombia’s armed forces.

Colombia has seen a flare-up of violence in recent months due to fighting over territory and resources by the dissidents, the hold-out ELN rebel group, paramilitary forces and drug cartels.

The NGO Institute of Studies for Development and Peace (Indepaz) has calculated there are about 5,000 combatants still in the field, divided into two large organizations, the one headed by Gentil Duarte and the so-called Second Marquetalia.

This latter is led by Ivan Marquez, the FARC's former chief negotiator who returned to arms in 2019 after alleging the government had violated the peace agreement.

The government does not recognize the dissidents as armed rebels and treats them as drug traffickers, given the struggle they wage with other groups for control of trafficking routes and illegal mining revenues.

Adding to the country's instability, in May last year violence also marred anti-government protests that were brutally put down by police and soldiers.

More than 60 people were killed in weeks of clashes and a clampdown condemned by the United Nations, the United States, the European Union and international rights groups. - AFP