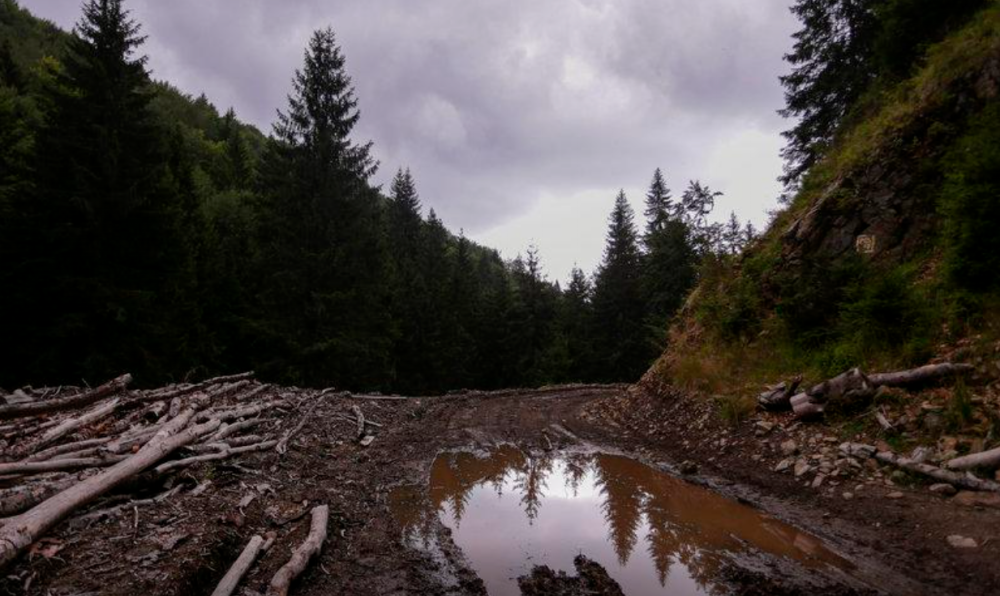 BUCHAREST: Romanian authorities have carried out raids across the country in a crackdown on two criminal groups suspected of illegal logging, police said Wednesday.

The raids are part of an investigation into suspected illegal logging, tax evasion, money laundering and embezzlement, the statement said.

Members of two mafia networks are suspected of having circumvented a digital timber tracking tool set up by authorities to fight illegal operations.

The timber industry accounts for more than three percent of GDP for the poor EU member, which boasts 6.7 million hectares of forest.

Their deaths brought thousands of Romanians into the streets to demand more from government to protect forests and their guardians.

In 2021, an activist and two Romanian journalists said they were ambushed and beaten up in a forest in the north of the country while making a documentary on the subject.

According to the official data, 20 million cubic metres of timber are felled illegally each year, or more than for legal logging in the eastern European nation. - AFP