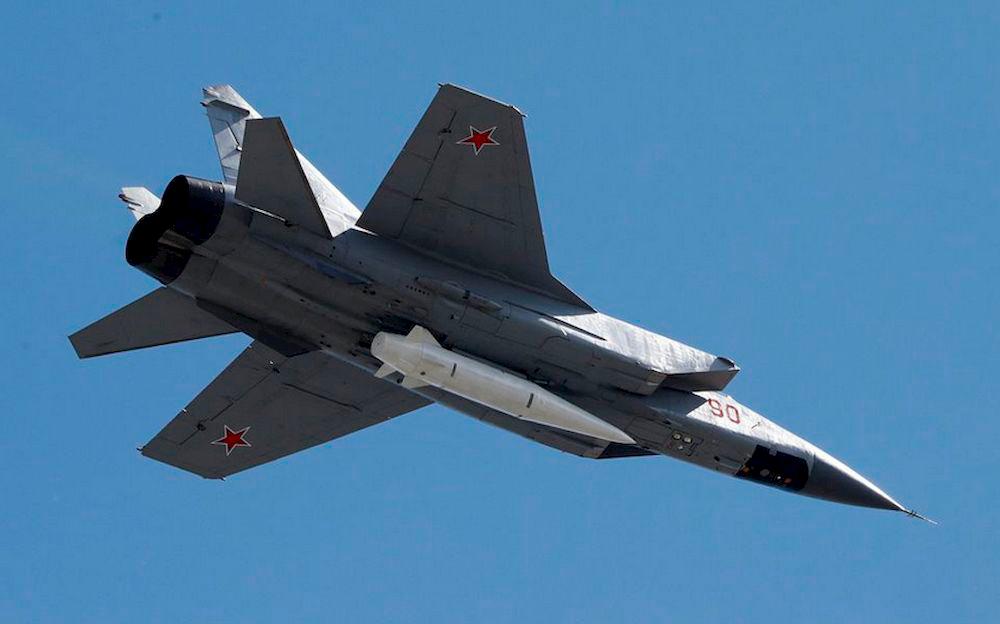 A Russian Air Force MiG-31 fighter jet flies during the Victory Day parade, marking the 73rd anniversary of the victory over Nazi Germany in World War Two, above Red Square in Moscow, Russia May 9, 2018. REUTERSPIx

MOSCOW: A Russian MiG-31 fighter jet has been scrambled to escort a US B-1B strategic bomber over the Sea of Japan, TASS news agency reported today citing the Russian military, just days after an incident with a US naval destroyer in the same region.

It said the bomber had not breached the Russian border.

Russia said on Friday one of its military vessels chased away a US destroyer that attempted to violate Russian territorial waters during Russian-Chinese naval drills in the Sea of Japan, something Washington said was false. — Reuters